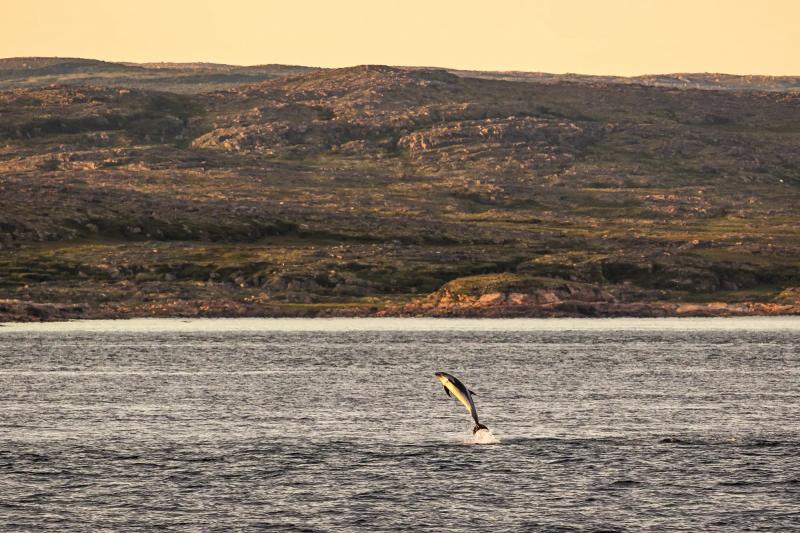 When traveling the Trans Labrador Highway, the last 200 km is breathtaking. After a most spectacular stay on Battle Island, I arrive in the Red Bay area with enthusiasm. This small coastal village was an important Basque whaling station. Archaeologists have discovered traces of activities there dating back to the 1600s. Today, it can be visited on a short hike to Saddle Island, which is also part of this UNESCO World Heritage Site.

The evening promises to be particularly calm and I take the opportunity to go out to sea with the local shipowner, Whaler's Quest Ocean Adventures. A “sunset sail” in local jargon. On the program, the tour of the bay and its few islands gives me the opportunity to admire other remarkable points of view. Immediately offshore, the whales visit us. Numerous and very active, they put on a show a few meters from the ship. We are three visitors and two crew members on board who are delighted! Suffice to say that we are attending a show in private performance! And it's not over… Along the coast on the Labrador Strait, I try to capture the rocky shores. Suddenly, a white-sided dolphin appears in my viewfinder! I barely have time to take the picture… No, but what a stroke of luck!