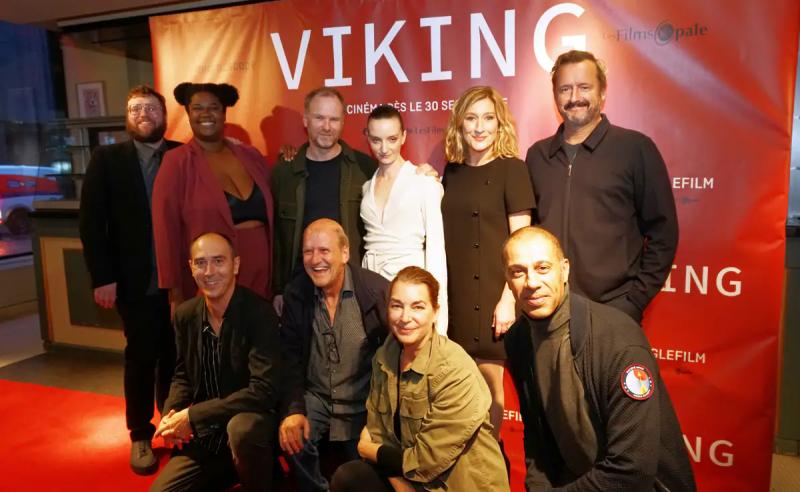 Two weeks after its world premiere at the Toronto International Film Festival, Viking, the new comedy by filmmaker Stéphane Lafleur (Tu dors Nicole), was presented to the Montreal public on Monday evening, at the Imperial Cinema. The director walked the red carpet with the actors of his film, Steve Laplante, Larissa Corriveau, Fabiola N. Aladin, Denis Houle and Marie-Laurence Moreau. Viking hits theaters across Quebec on Friday.