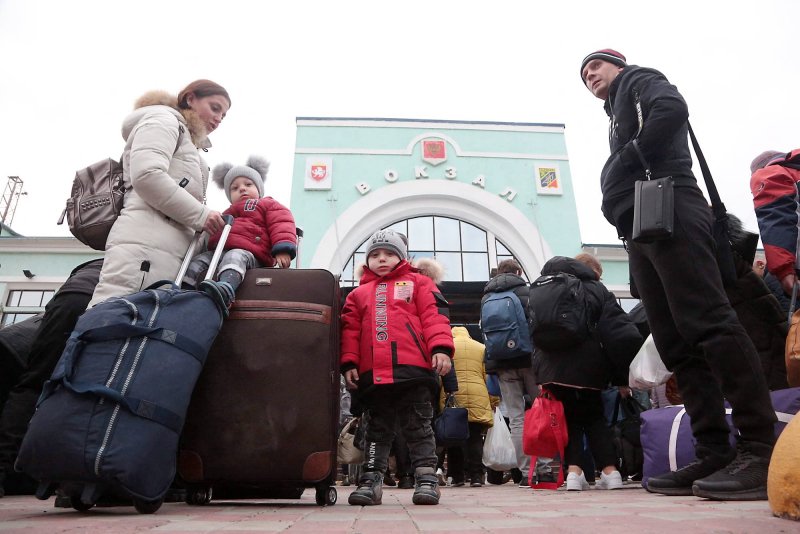 We have a limited ability to be moved by the misery of others. Normal, we already have our hands full managing our own lives. Except that winter is coming for everyone and some will drool more than others.

You meet people from everywhere on the paths of exile, but this year, more Ukrainians than at any time since the Second World War. And the Russian aggressors are arranging for it to be even worse over the next few weeks.

They have recently destroyed, according to Ukrainian President Volodymyr Zelensky, a third of the power stations, in addition to very many sewage treatment plants and other key infrastructure.

As a result, he predicted in a video address to European leaders on Thursday, “Russia is provoking a new wave of Ukrainian migration to Europe.”

The complex realities of the Middle East come to stifle our surges of compassion. The Taliban in Afghanistan; Iraq, still just as tormented; the civil war in Syria; the financial crisis in Lebanon. It's the opposite of the proverb: the forest now hides the tree.

One of the worst places, Lebanon, to take refuge in these days: according to the United Nations, the cost of a grocery basket has multiplied by six in the last year . We pay for water, fuel, electricity, transport and health care three to five times more than last year.

The endless discussions on the fate of the territories occupied by Israel make us forget the miserable fate of millions of stateless Palestinians, scattered in camps in Jordan, Lebanon and Syria.

We learned earlier this week that a new offensive by Ethiopian and Eritrean forces in the Tigray region had made major gains. In this conflict of repugnant cruelty, these military successes will inevitably throw other Tigrayans on the roads of exile. They are already more than two million, according to the High Commissioner for Refugees, to have fled their homes.

The UN agency notes that at the end of 2021, nearly 90 million people around the world had been forced to abandon their cities and towns due to violence, fear of persecution and human rights abuses.

The situation, unfortunately, has not improved over the past ten months. However, according to international experts, it would only take a lasting peace in a few key places for the number of refugees to be reduced by half, where it was two decades ago.

It will take a lot of political will and we are not there yet. In the meantime, let's not just focus on a crisis: there are many of them, everywhere, hoping to be remembered.

* According to United States, between 900,000 and 1.6 million were forcibly deported.

Ukrainian citizens and Canadian permanent residents of Ukrainian origin, who have returned to Canada since the beginning of 2022: < /strong>105,751

THE PALESTINIAN , THOSE FORGOTTEN