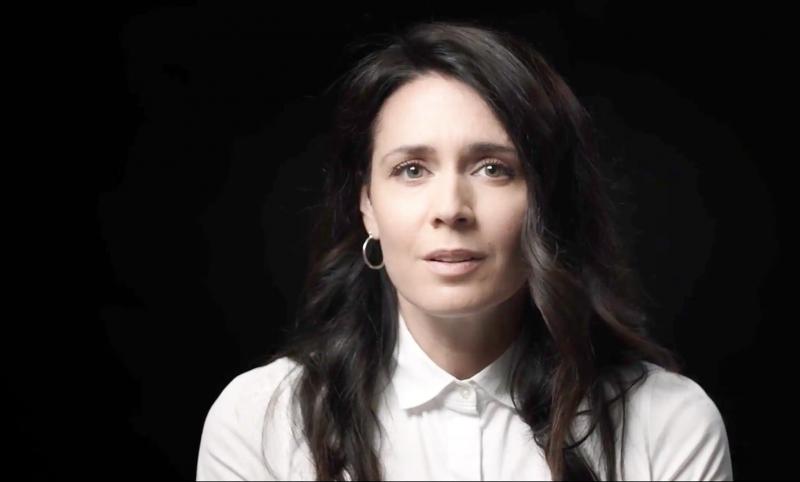 The documentary deserves a place of choice while our society is changing. Its stars are very real there and subtly enrich us with their daily lives, their experiences. The documentary invites itself into our reflections, opens our horizons, allows us to journey, to inform us. It multiplies voices and builds us as individuals and as a society. It touches us in one way or another, hits us. Causes changes too, sometimes. This is often the first way to approach a subject. A small sample of what's hitting our airwaves to make sure we go to bed a little less silly.

In Quebec, one in ten men would have been the victim of sexual assault when he was a minor. For women, it's one in four. Statistics as striking as they are inconceivable. We know the attachment of actress Mélissa Désormeaux-Poulin to the Marie-Vincent Foundation, which supports young people who are victims of sexual violence. This documentary is part of the continuity of his commitment by giving the floor to five adults who were victims of abuse in their childhood. Testimonials, as courageous as they are powerful, of resilient people who have been able to rebuild themselves despite breaches of trust and define themselves differently. Their lucidity lays the foundations for reflection and proves that changes must take place.

Language is a source of discussion and debate. It's necessary. Documentary filmmaker Flavie Payette-Renouf has accustomed us to documentaries that highlight our identity, our culture. His gaze is sharp. His direct questions. The erosion of French worries him. The fight for its conservation is not over, while English is perceived as the language of power. In this documentary, the young mother wonders about the place that the language she cherishes so much will occupy in the mouths of her children. Her encounters lead her to New England where many French Canadians have migrated leaving their language at the border and where a small French bookstore can no longer survive. It is about posters, immigration, but also the importance that the younger generations give to French. Flavie advocates a strengthening of the laws while hoping to make us more aware of the importance of safeguarding it.

Host Rebacca Makonnen sets out to meet exceptional women. Thirteen Quebecers who left everything to stand out abroad. She questions them about their journey, their challenges, their aspirations. It is also about their origins and the culture of their adopted country. The formidable Farah Alibay, an aerospace engineer at NASA, opened the ball. Jeweler Édéenne, Katheline Jean-Pierre Coleman, Sales and Business Director at Google, Carolyne Doyon, CEO Club Med, Jessica Silva, CEO of the women's soccer section FC Metz, and Spanish wine producer Nathalie Bonhomme are some of the these inspiring women that we deserve to know and who will be introduced to us.

ABUSED NUNS, THE OTHER SCANDAL OF THE CATHOLIC CHURCH

Abused nuns, the other scandal of the Catholic Church

The Church had control over many people. And long hands too. We talked about religious abuse of boys and aboriginals. And even nuns have suffered from it. This two-part documentary lifts the veil on this taboo with touching and exclusive testimonies that prove that the Vatican has long turned a blind eye to the actions of its followers. The documentarians Marie-Pierre Raimbault and Éric Quintin notably collected the words of a close friend of the current pope who fights against sexual assault. There are events that must no longer be silenced.

If the upheavals our planet is undergoing due to climate change have no impact on you, perhaps you will not care less to know that they are harming our health. According to the World Health Organization, the climate crisis is the greatest public health threat of the 21st century. So why do we delay changing our ways? New pandemics could emerge and multiply both physical and psychological devastation. We have a considerable backlog to catch up on. It is no longer just a question of being alarmist, but rather of being realistic. This documentary takes us from Sherbrooke to Kuujjuarapik as a group of scientists fight to mobilize the medical community. Protecting nature and our environment is a collective affair. And health is priceless.

►Wednesdays at 8 p.m. on Télé-Québec

THE MOST BEAUTIFUL PROVINCE

The most beautiful province

Guillaume Sylvestre has the gift of casting his gaze as a director and screenwriter on colorful characters who are part of our popular culture. His incisive and offbeat documentaries reveal his commitment to Quebec. He generally calls on the filmmaker Denys Arcand to provide the narration. They share the same humor and the same pleasure in using classical music to expand paradoxes. Here, the tone is similar to that of animal documentaries, as if we were analyzing small animals with strange habits, whereas these animals are us. This atypical four-part series takes a look at the entrepreneurs of Beauce, the employees of an aluminum smelter in Sept-Îles, the inhabitants of distant Schefferville or the French of the Plateau. An entertaining sociological study that paints a certain portrait of today's Quebec.

IN THE FOOTPRINTS OF ANACHNID

In the footsteps of Anachnid

This roadtripmusical is a great opportunity to discover even a small part of the indigenous cultures that surround us. Anachnid is an Oji-Cree artist who beautifully blends traditional sounds with electro pop. She won the Félix for Indigenous Artist last year. She goes to meet Innu singer Kanen, Atikamekw singer Ivan Boivin-Flamand, Huron-Wendat singer-songwriter Eadsé and Innu singer-songwriter Scott Pien Picard. A journey that will take her from Montreal to the North Shore. Aired September 30 on the occasion of the National Day of Truth and Reconciliation.

Léa Clermont-Dion wanted, thanks to this documentary, to pay tribute to Janette Bertrand, to the many fights that she led and the influence she had. The great 96-year-old lady takes stock and looks at the progress, but also on the path that still remains to be done. This is an opportunity to address the history of women in Quebec. The director and screenwriter also gives voice to women who recognize themselves in Janette's speech: Guylaine Tremblay, Martine Delvaux, Noémi Mercier, Kim Lévesque-Lizotte, Claudia Larochelle, Régine Tardieu-Bertheau, Chris Bergeron and Gabrielle Boulianne-Tremblay.