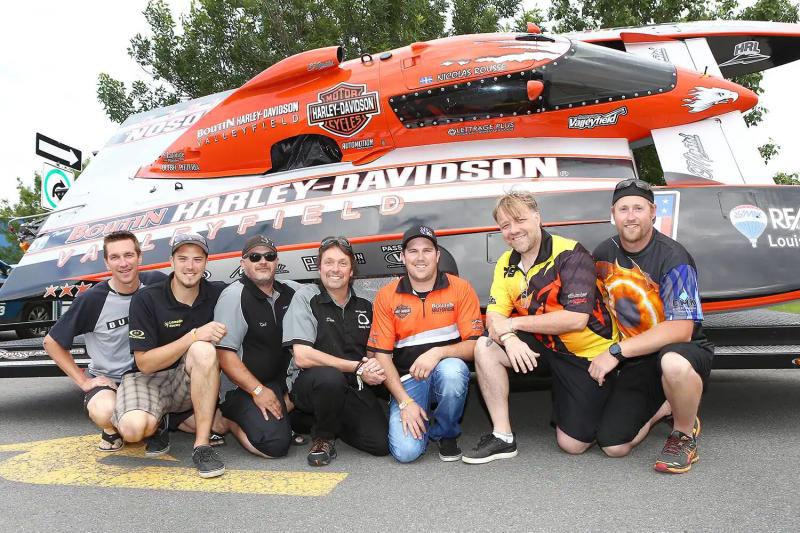 The task was colossal, but the organizers of the Régates de Valleyfield, which took place last weekend after a two-year break due to the pandemic, managed to carry it out brilliantly.

“Getting this machine going again was very difficult and tiring,” said Didier-Bernard Séguin, president of the Régates de Valleyfield. Fortunately, we benefit from a long experience with this 82nd edition. With the COVID, we suffered, like any organization, the shortage of raw materials. We panicked a little when some suppliers delivered to us at midnight to one.”

The online ticket office, set up this year, has notably reassured management. “We learned that we had equaled the sales of 2019 even before the start of the competition, told us Émilie Daoust, the general manager of the event. But our greatest pride was to see all the smiles on their faces.”

It was a success, under a radiant sun. In their report of the weekend, the organizers of the Regatta indicate that nearly 130,000 festival-goers gathered for this expected edition.

“Nearly 80,000 people attended the hydroplane races, a crowd beyond expectations [and] nearly 50,000 people were able to see the twenty artists who took turns on the Loto-Québec stage”, mentions a press release from the organization.

“In Valleyfield, we have a base of regatta enthusiasts who were impatient, underlined Mr. Séguin. Our 200 volunteers, some of whom have been there for 15 or 20 years, have once again enabled us to hold on.”

A golden couple of volunteers

Denis Gervais and Marielle Poirier, retirees whom we met during the Régates this year, have been providing their gracious assistance for 33 years. Denis, from the local sailing club, is responsible for the VIP areas and coordinates the delivery of around 4,000 meals over the three days of the event. Marielle, his wife, helps with the administrative side during the three months preceding the festival, and is positioned at the ticket office to welcome visitors.

“We knew the […] glass bottles, returnable and very heavy in large boxes, recalled Denis, in reference to the only containers of soft drinks which were in circulation at the time. In the 80s, we had 323 boats, certainly less sophisticated than today. I have always felt pleasure here, the passion is still there. We have made so many friends.”

“We have always been able to adapt, for example with online tickets, added Marielle. It's so nice to see that it's bubbling like before in the park, after this stop. Our children and their wives also help. It's a very family universe.”

With their work behind the scenes, they have only been able to see 10 competition sessions in Valleyfield in 33 years. “We have the vibe, which we love. On the other hand, we attend the races, as spectators, when we go to the other regattas in Saint-Félicien, Beauharnois, Sorel-Tracy or in Ontario, in Brockville”, mentioned Mr. Gervais.