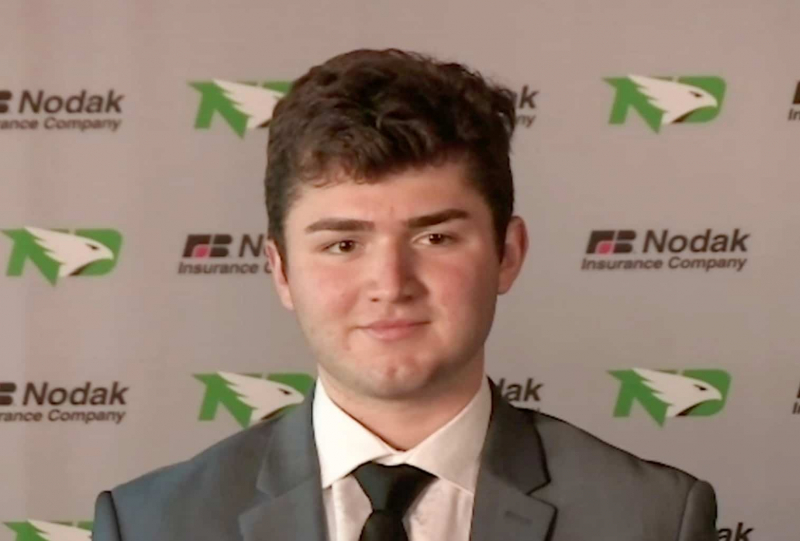 Gary Bettman has made the decision. He won't be opening the door to his league for Mitchell Miller anytime soon. Maybe even never. For him, the 20-year-old defenseman is persona non grata in the National Hockey League. Miller is an undesirable, that's all!

In doing so, the NHL commissioner rejects out of hand the notions of forgiveness and rehabilitation, two concepts that were taught even before he became a lawyer.

It is Logan Mailloux who must be thinking that he had a narrow escape.

Although the natures of the charges against Miller and him were different, there is a connection between the two cases. Both were minors at the time.

Miller was 14 when he began bullying and uttering racist insults to Isaiah Meyer-Crothers, who suffers from developmental delay.

The victim lived through this hell for two years.

In 2016, the court of Ohio Youth sentenced Miller to 25 hours of community service, in addition to forcing him to write a letter of apology to his victim.

The Court told him he had the right to a second chance. Realizing the serious mistakes he had made, Miller worked on his persona with the help of people knowledgeable in the matter.

In 2020, the year of his draft eligibility, he wrote to NHL teams to tell them his story.

Bettman did not intervene.

No doubt thinking that Miller had learned his lesson, the Arizona Coyotes bet on him, drafting him 111th overall.

The young man's past would not remain a secret for long, however. When Miller's background was exposed in the public square, pressure came from all quarters for the Coyotes to cut ties with him.

For his part, Mailloux publicly asked NHL organizations to ignore him in the draft after he pleaded guilty to publishing and distributing photos of a young Swedish girl with whom he had sex.

The men of hockey who were part of the Marc Bergevin regime drafted him anyway with the results that we know. Everyone blamed the Canadian, including Prime Ministers Trudeau and Legault.

Instead of dropping Mailloux, the Habs organization supported him in his therapy and set up a program raising awareness of sexual violence.

The Bruins' general staff and its president of operations , Cam Neely, made sure Miller realized the extent of his mistakes and was putting in the effort to become a better person when they hired him last Friday.

When the news reached the ears of Bettman, who was in Finland for a two-game series between the Colorado Avalanche and the Columbus Blue Jackets, he didn't make one or two.

There is a lot of inconsistency in all of this.

Bettman was commissioner of the NHL when Dany Heatley and Rob Ramage caused the death of Dan Snyder and Keith Magnuson while driving while impaired.

Heatley avoided jail time, but Ramage served four years there. The former received a reduced suspended sentence and continued his career as if nothing had happened and Ramage was reinstated by Bettman.

That does not mean that we can minimize the actions of Mitchell Miller, quite the contrary. What he did to young Meyer-Crothers was extremely cruel.

But isn't he entitled to a second chance if Mailloux got his?