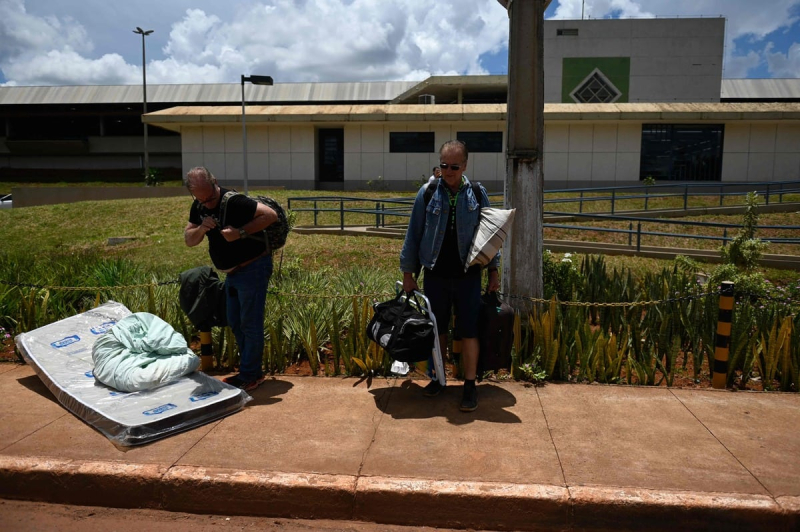 Brazilian police released on Tuesday “for humanitarian reasons” half a thousand people arrested after the attack on official buildings in Brasilia on Sunday, while 527 suspects were transferred to a local prison.

The individuals who were confined to a gymnasium at the National Federal Police Academy came out to take buses which took them to a bus station from where they were able to return home, AFP journalists noted. /p>

In one of the coaches, passengers shouted “Victory is ours!”

Some reached out of the windows, clutching the fist or doing the V for victory.

The Federal Police confirmed in a statement that 599 people had been released “for humanitarian reasons”, including the elderly, people with health problems or mothers with young children.

Not all coaches leaving the Federal Police Academy went to the bus station. Some transported those arrested to a police station, to be transferred to the Papuda prison complex, where 527 suspects were imprisoned.

“The Federal Police Training School has been turned into a Nazi concentration camp. It's humiliating to see how good people like us have been treated,” said Agostinho Ribeiro, one of the freed bolsonarists, as he got out of a bus at the bus station.

A woman who wanted to keep anonymity gave a completely different version. “Everyone was treated well, no one died there,” she said.

Federal Police have denied reports that an elderly person arrested died on Monday in the headquarters of his academy.

The authorities reported some 1,500 arrests in total, between the Bolsonarians who invaded the Presidential Palace, the Supreme Court or Congress, and those who were in a encampment in front of Army headquarters.

The invasion and ransacking of places of power in Brasilia, reminiscent of those of the Capitol in Washington two years ago, has caused havoc considerable material, especially on works of art of inestimable value.