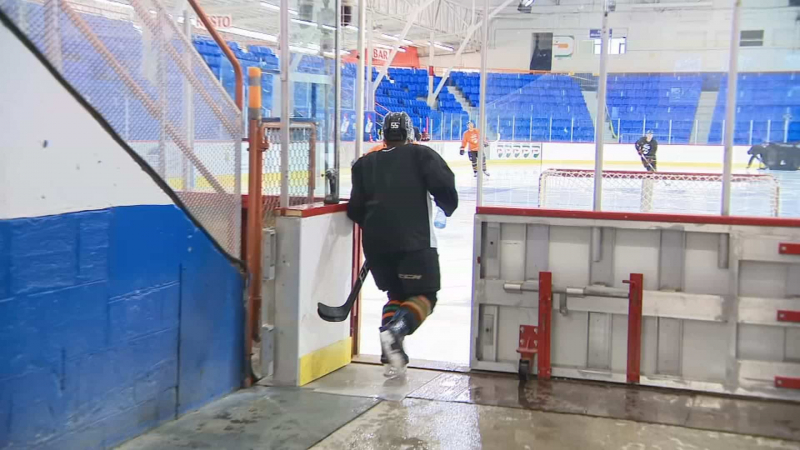 The crisis that the Patriotes de Trois-Rivières university hockey team is going through, where one of the players would have created an Instagram account to judge the physique of women, can have serious consequences.

Remember that the photos, names and personal information such as nationality or date of birth of several women were revealed by a team player, without their consent. < /p>

Posting pictures of young women without their consent on social media is not, however, subject to criminal charges.

On campus, students interviewed by TVA Nouvelles were categorical: the gesture was very awkward, even inadmissible.

“You could remove him from the hockey team or I don't know but it takes a consequence. It's not okay to do that,” said one student.

“It's not acceptable at all. Everyone has the right to their privacy and every act the person does with a lady should not be exposed to others,” added another student.

The act itself is not criminal. With the new ways of assaulting, harassing or sexually assaulting, the justice system would have fallen behind, however, according to a lawyer.

“We actually find ourselves unable to sanction actions such as posting a photo with degrading comments. The law has not yet come to regulate behavior on social networks, among other things, ”explained the lawyer and program director in domestic and sexual violence at Juripop, Me Justine Fortin.

“At CALACS, we consider that it is a form of sexual aggression committed by social networks considering the intentions and the consequences on the victims”, added a worker from CALACS Trois-Rivières, Marie-Soleil Desrosiers.

“Just because it doesn't fit in the criminal code doesn't make it any less sexual violence. It's a trauma for these women and they will have to relearn how to live with their self-image, with their self-esteem,” added Me Fortin.

A civil remedy could be initiated in this case by the alleged victims, but the costs are high.

For the moment, no official complaint has yet been filed with the Université du Québec à Trois -Rivières, although steps have been taken.

The player involved is still under a temporary administrative suspension while the investigation is ongoing.