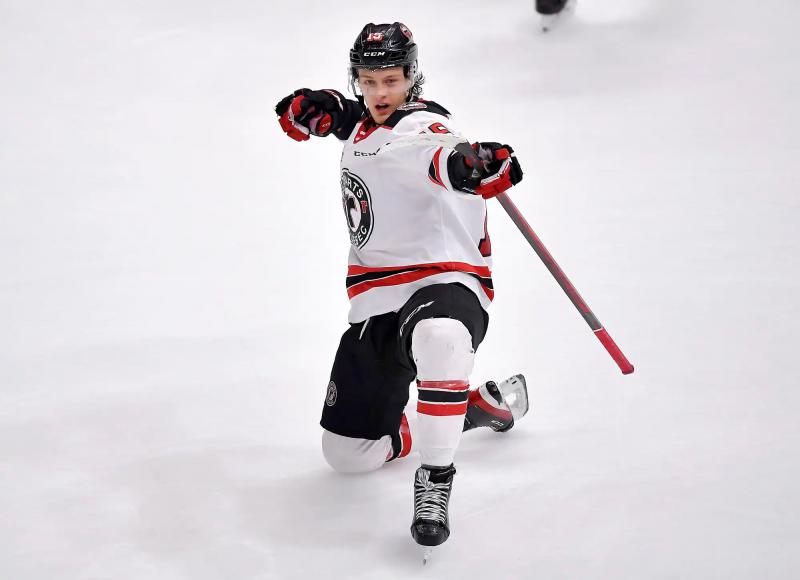 A sign that the Quebec Remparts will have a mature team this season, Patrick Roy is living in uncertainty about the status of some of his drafted players in the NHL, including Zachary Bolduc, Evan Nause and Nathan Gaucher .

In addition to Bolduc (St. Louis), Nause (Florida) and Gaucher (Anaheim), Théo Rochette and Mikaël Huchette (Philadelphia), James Malatesta (Columbus) and Vsevolod Komarov ( Buffalo) will be leaving over the next few weeks for their professional camps.

Unlike Rochette and Huchette, two players invited by the Flyers, as well as Malatesta and Komarov, Bolduc, Nause and Gaucher have contracts with their NHL team.

In the case of the first two, they are will act as their second professional camp.

“I think we're going to have one or two guys starting in the NHL this year,” Roy said, before being asked if he was talking about Bolduc, among other things. I don't know, but following my discussions, the Blues are going to give him a real chance. I also think Nause will have a real chance in Florida and Gaucher also in Anaheim. They all have contracts and for sure the teams will look at them properly. »

In a year like the one the Remparts are about to begin, during which they will once again be aiming for top honors, the loss of one or the other of these pieces would be very painful. On the other hand, it's one of the missions of junior hockey, to develop professional players.

“It's a credit to our program,” Roy said. That's what they're here for.

This is a familiar situation for Roy who, in 2006, notably lost the services of 19-year-old defenseman Marc-Édouard Vlasic to the San Jose Sharks.

Today, the Remparts hockey boss made further cuts to the team's training camp, returning Marc-Olivier Roy, Justin Duval, Alexandre Desmarais and Jason Beaulieu to their respective clubs. There are therefore 28 players still in camp and a few others will be cut on Saturday.

The final roster will be known on Sunday, at the end of the trading period.

Head Coach and general manager of the Red Devils will therefore have to juggle his workforce over the next few weeks, awaiting the return of his veterans to professional camps.

For the moment, 16 attackers, nine defenders and three goalkeepers are still on the Remparts' list, but five players are not taking part in on-ice training for the moment, namely Bolduc and Nause, who are with their respective professional team, Gaucher, to whom the Red Devils offered a week off after participating in the World Junior Hockey Championship, as well as Malatesta (COVID-19) and Huchette (mononucleosis). The latter is however in the entourage of the team.