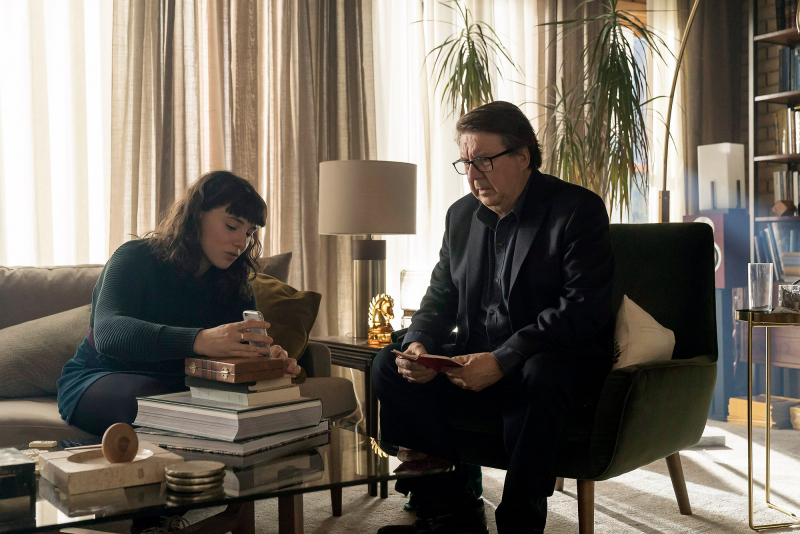 After achieving great success on stage when it premiered at Théâtre La Licorne in 2014, the play You will remember me succeeded in its passage on the big screen, thanks in particular to a remarkable performance by Rémy Girard.

Édouard (Rémy Girard), a renowned history professor, begins to lose his memory. He may be able to recite by heart the speech delivered by René Levesque in 1980, he is unable to remember what he ate an hour earlier.

His wife, Madeleine (France Castel), is exhausted from having to take care of him. And their daughter, Isabelle (Julie Le Breton), is too busy with her job as a TV reporter to take over. It will ultimately be her new spouse, Patrick (David Boutin), who will offer to take care of Édouard with his daughter, Bérénice (Karelle Tremblay). Against all odds, the sometimes inconvenient Édouard will befriend this rebellious young girl who will bring back to him old painful memories that he wanted to forget.

The difficult and complex subject of the disease Alzheimer's disease has been discussed a few times recently in the cinema, notably in the disturbing The Father, starring Anthony Hopkins.

With You Will Remember me, Éric Tessier and François Archambault (who co-wrote the screenplay) take another look at this cruel disease – which is never really named in the film – by focusing in particular on the fear of being forgotten as as a human being, but also as a people.

One of the great strengths of You Will Remember Me< /em>lies in his way of treating this sad subject with great tenderness and lightness. We follow the progression of Édouard's illness through the eyes of his relatives who sometimes treat him like a child, which provokes some comical scenes at the start of the film. But the more Edouard's memory crumbles, the more his unfolding destiny comes to break our hearts.

Sometimes funny, sometimes moving, Rémy Girard offers a remarkable performance by composing an endearing and rich in nuances. Special mention also to Karelle Tremblay, brilliant in the skin of her young accomplice.

After seeing the release of the feature film being postponed several reruns due to the pandemic, the team of You will remember me was finally able to show the film to the Montreal public, Tuesday evening, at the Outremont Theater. Adapted from the play of the same title by François Archambault, the feature film directed by Éric Tessier (Junior Majeur) features a retired history teacher (played by Rémy Girard) who begins to lose Memory. The film, which also stars Karelle Tremblay, Julie Le Breton and France Castel, will be released across Quebec on Friday.