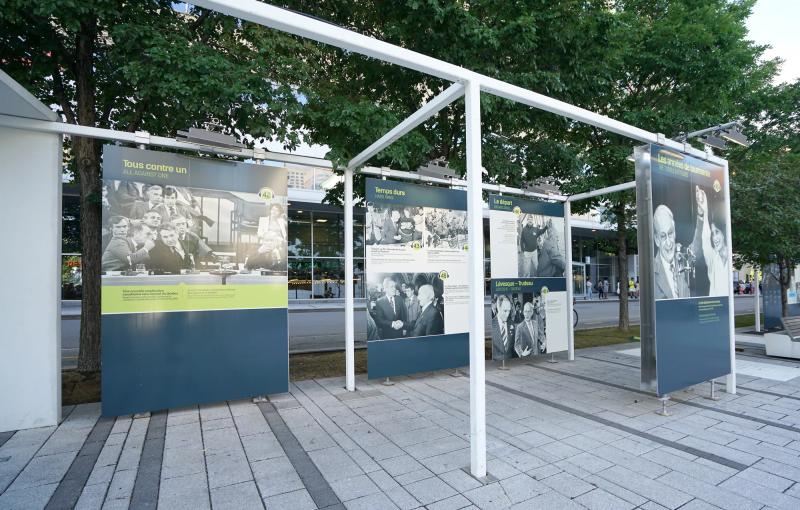 To mark what would have been the 100th anniversary of René Lévesque's birth, Montreal's Espace René-Lévesque was inaugurated yesterday in end of the day. Former friends and colleagues of the great man paraded along the eight-stage route, targeting, all in photographs and audio narration, key periods in the life of the former journalist and Premier of Quebec.&nbsp ;

There was something moving in strolling like this, through the panels covered with photos recounting the life of the great man on the exact date of what would have been his hundredth birthday.

“I am very happy to be part of what is a moment of joy,” said former Premier Lucien Bouchard. Today, we are all together and we remember who he was, his funny side. We also relive our youth and allow others to live theirs and be part of the continuity. He is not forgotten. René Lévesque represents a presence. I worked for him and he was a demanding man, but not severe. Indulgent too. »

“He's a great man and that brings to mind a lot of things,” explained politician Gilles Duceppe. That man stood up! I had made a few mistakes turning to the far left and the night he died it hit me. I cried in front of the TV and said: I have to fix that mistake. He was a simple man and open to the world. This is why he wanted a sovereign Quebec: by discovering oneself, one discovered the world. That's what he told us. »

To this photographic and audio journey presenting, in a very touching way, René Lévesque from his earliest childhood to his last years in politics, the project offers the viewing of the short documentary film Quelque chose comme un grand homme by Luc Cyr. This one looks back on the shock wave and the pain created by the disappearance of Mr. Lévesque.

In the evening, a projection of the famous photo of René Lévesque (taken by the photographer Yousuf Karsh, the artist behind the photo of Winston Churchill stolen a few months ago from the Château Laurier) gently slides on the front of the UQAM building.

♦ Espace René-Lévesque in Montreal: The journey of an exceptional man is presented from August 24 to November 10. Remember to bring headphones and a cell phone to live the full experience of the narrative journey.