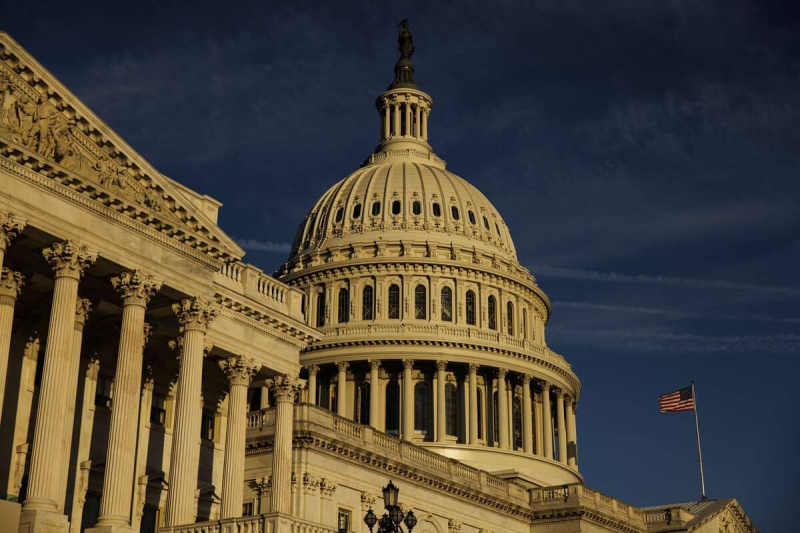 Republicans have regained control of the House of Representatives, US media reported on Wednesday, giving them blocking power over Joe Biden's policies through 2024 and leading to a split in Congress.

After failing to seize the Senate, the conservative party will however only have a very narrow majority in the lower house, far from the “giant wave” promised by Donald Trump, who nevertheless announced a new candidacy on Tuesday evening. to the White House. The former president's lieutenants have indeed garnered very mixed results in the midterm elections.

“Americans are ready for a new leadership, and House Republicans are ready to act” , greeted the leader of the Republicans in the House, Kevin McCarthy, now favorite in the race for the head of this assembly, the current “speaker” Nancy Pelosi having lost her Democratic majority.

Democratic President Joe Biden immediately praised Mr. McCarthy, stressing in a statement that he intends to “work with anyone – Republicans or Democrats – willing to work with me to take action”.

NBC, CNN , Fox News and CBS projected on Wednesday that Republicans would have at least 218 House seats, a majority of the 435.

If US media projections are confirmed on all the seats, Joe Biden's performance would nevertheless be the best score by a president in more than 20 years in the midterm elections, this election being traditionally difficult for the power in place.

This very thin Republican majority in the lower house also risks complicating its governance. With a Republican House and a Democratic Senate, Joe Biden's party will no longer be able to pass major projects in this now divided Congress. But neither did the other side.

The Republicans had threatened to unravel certain measures adopted under Joe Biden if they regained control of the two chambers. In particular, they wanted to reverse the funds allocated to the tax services to hire new agents, or certain reforms in the world of education.

The Republicans could also be more fussy about the aid provided by Washington to Ukraine.

The 79-year-old president will not ultimately be forced to camp on this defensive posture. And will on the contrary have to use his negotiating skills, inherited from his long career as a senator, to avoid a paralysis of the federal administration (the famous “shutdown”).

But the outstretched hand of the president risks to face a red wall, the color of conservatives.

Even with a slim majority in the House, Republicans will have substantial oversight power, which they have promised to use for a host of investigations into Joe Biden's handling of the pandemic or the withdrawal from Afghanistan.

They could also go after his son Hunter, accused of having used his name to make business in Ukraine and China.

The conservative party intends to exploit any potential Democratic flaw, keeping the 2024 presidential election in sight. With his declaration of candidacy on Tuesday, Donald Trump launched a fight mercilessly for the Republican Party's nomination for the White House election.