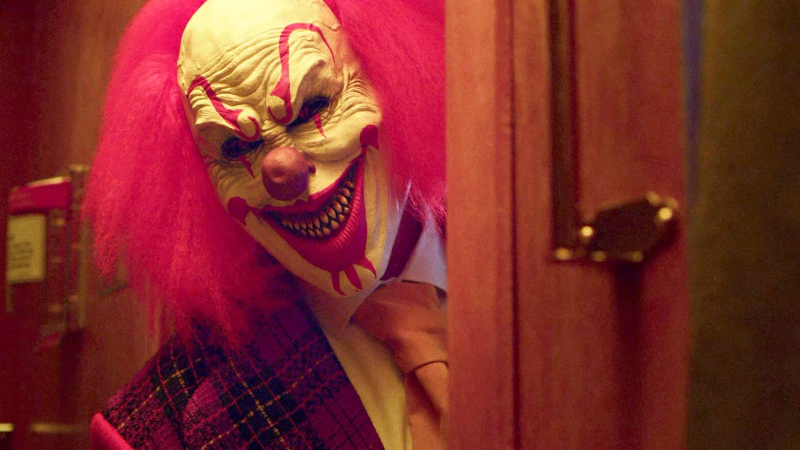 More than 40 years after its release, the American horror classic Terror Train is given a second life, now back on track by Quebec director Philippe Gagnon.

It was in the fall of 1980 that Terror Train appeared on our screens . Launched on the heels of The Fog, Halloween and Prom Night, Roger Spottiswoode's feature film helped screw the crown of “Scream Queen” firmly on the head of Jamie Lee Curtis. The label of cult film was not long in being affixed to it either, still indelible after all these years.

Philippe Gagnon knows very well that it can be risky to revisit a cinematographic phenomenon of this magnitude. The first images, unveiled ahead of its release, have divided fans, with some purists being, let's say, less enthusiastic than others.

“I know that many early fans are closed to the idea of ​​seeing a new version of Terror Train. But I understand it; you can't please everyone. And I see that some are very open and that they can't wait to see it, ”says the filmmaker in an interview with Journal.

If these images suggest a replay (or a remake, in popular jargon) of Terror Train, Philippe Gagnon prefers to bring some nuance: his film certainly takes up the main lines of the original plot, but the filmmaker and his team – starting with the screenwriters, Ian Carpenter and Aaron Martin – have tried to update it, to anchor it in the new millennium.

All, of course, while paying homage to the original work.

“I approached this project by asking myself how I, personally, would like to see Terror Train today. The important thing was above all to do it while respecting the first film, but also the intelligence of those who saw it and loved it”, he summarizes.

The shooting took place in Montreal and its South Shore, last spring.

Working on the small and big screen for more than 20 years, Philippe Gagnon has wanted to experience horror for quite some time now. Because if he has flirted with his codes on different occasions during his career, this is the first time that he has kissed her full on the lips. And this, for better… and for worse.

“There was horror in some of my films, but there were also elements of several genres such as comedy or adventure. But with Terror Train, I wanted to stay within the framework of the horror, to keep the tension from start to finish,” he says.

“I know that fans of horror are a special audience, very involved. I can't wait to see their reactions; I'm ready to receive everything,” he finishes.

The film Terror Train is now available on Crave, Super Ecran and the free Tubi app.