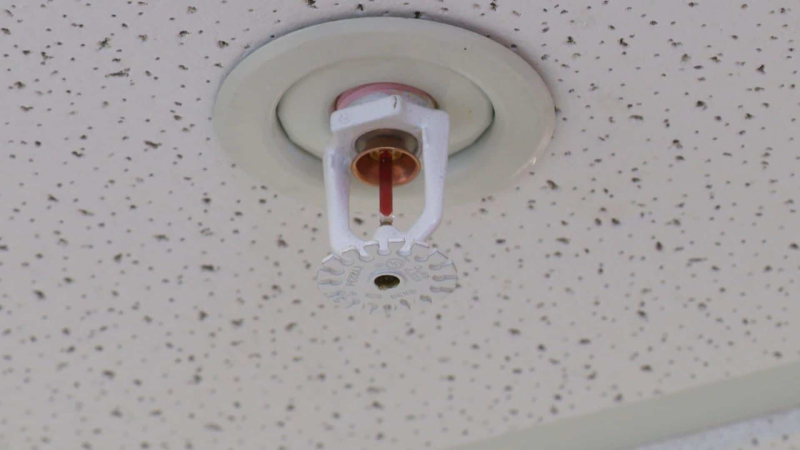 Nine years to the day after the tragedy in L'Isle-Verte, one-third of seniors' residences in the province are still not equipped with sprinklers or are only partially equipped. The pandemic has slowed the process of installing systems in establishments.

The obligation to install sprinklers stems from the fire at the residence in Le Havre where 32 elderly people lost their lives in L'Isle-Verte on January 23, 2014.

According to the most recent data sent to TVA Nouvelles, a total of 428 seniors' residences are not equipped with of sprinklers. These are often small or medium-sized regional RPAs that are not affiliated with large groups.

Since the tragedy in 2014, however, a lot of ground has been covered in terms of installing such systems in the province. As of the end of 2022, 66% of seniors' residences have a sprinkler system in the province, or 1,001 establishments. A total of 78 residences are considered partially giclées.

In Eastern Quebec, according to data from the Ministry of Health and Social Services, 26 residences do not have sprinklers out of a total of 109 in Bas-Saint-Laurent. In Gaspésie-Îles-de-la-Madeleine, 50% of the region's 38 establishments are considered non-sprayed. On the North Shore, two of the seven residences do not have such a system.

Quebec has granted a new two-year period to allow RPAs to complete the work for the installation of sprinklers. The deadline for compliance is now December 2, 2024.

The cost of installing such a system has literally exploded with the rise in the price of materials. The pandemic has also slowed down the installation process.

The stay granted was necessary to avoid closures of establishments, according to the Regroupement québécois des résidences pour ains (RQRA)

“In the last two and a half years, almost three years because of the pandemic, obviously, we have taken a big step back, either because we could not enter the residences with the confinements, or because there was equipment shortages. Obviously, there were missing raw materials, pipes, pieces of sprinklers. So we couldn't put them in place or there was a labor shortage which is still going on,” explained the CEO of the RQRA, Marc Fortin.

Financial assistance programs were enhanced by Quebec. The RQRA maintains that they respond well to the needs on the ground.

Nine years after the tragedy at L'Isle-Verte, many lessons have been learned from the events, particularly for the fire services, but also for risk prevention in RPAs.

“The lessons were [among other things] on the number of people who are there at night on the equipment, making sure to have fire extinguishers everywhere, d have smoke detectors, of course, for each type of building,” added Mr. Fortin.