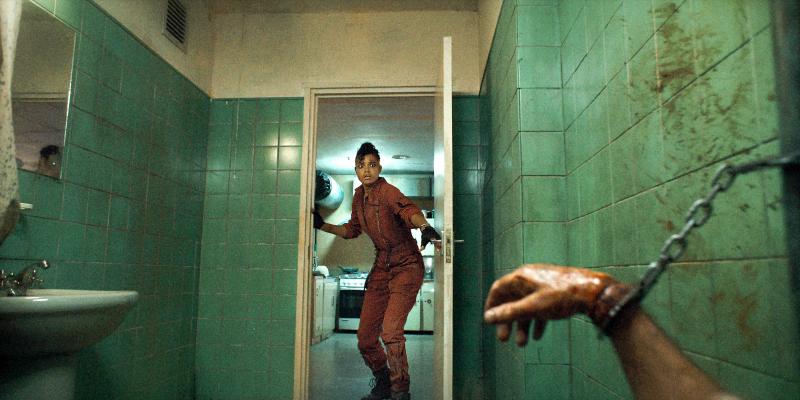 A few months after the turnip Welcome to Raccoon City, the video game saga Resident Evil receives another blow with a messy and confusing new TV series, courtesy of Netflix.

We are in the year 2036. Three decades after the discovery of the “famous” virus T, the whole planet is populated by infected, these men and women transformed into bloodthirsty creatures and hungry for violence. The Umbrella Corporation, responsible for this human catastrophe, launches its army in search of Jade Wesker, heiress of Albert Wesker and researcher trying to shed light on the true activities of the multinational.

OK for now. But it is by intertwining a second plot, set 14 years earlier, that Resident Evil runs out of steam. These regular jumps in time make the pace heavier, muddy the waters and, ultimately, dilute the interest.

If this new television incarnation of the video game phenomenon wants to be part of the same universe as the source material, it carries telephiles far from the usual confines of Raccoon City and its classic paintings. In fact, besides a few minor details or the names of certain characters and installations, the series could relate to any other title as it distances itself from the video game saga.

That may be good news for novices, who can get started without too much difficulty. But true aficionados, those who have worn their thumbs and palms in front of their consoles, will be bitterly disappointed to be led into unfamiliar territory by their favorite franchise.

Where are the heroes ?

Yes, a few enemies – including the crooked dogs and the chainsaw hoodlum – will show them that they are in Resident Evil. But don't look for Chris Redfield, Jill Valentine or even Leon S. Kennedy. Major fan-favorite heroes are missing throughout the eight hour-long episodes, all available on Netflix starting today.

And that's where the rubs. Because by insisting on freeing itself from the baggage of Resident Evil games, this TV series loses its essence. All that remains is a story of zombies with decent action scenes (nothing more), often unconvincing visual effects and an agreed, convoluted and very unmemorable plot. Quick, let's find an antidote before a possible second season.

♦ The series Resident Evil< strong> is available on Netflix.