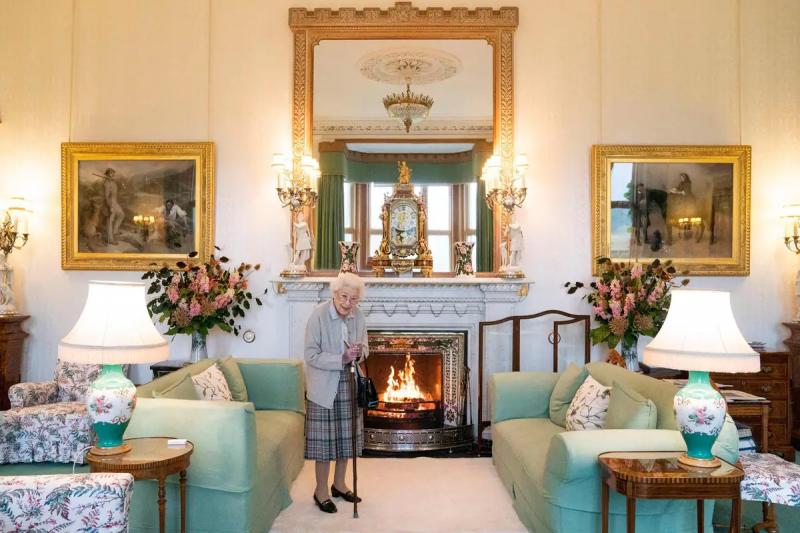 Queen Elizabeth II has postponed a meeting after her doctors advised her to rest, Buckingham Palace announced on Wednesday.

“After a day filled yesterday, Her Majesty accepted this afternoon “the advice to rest given by her doctors, explained a spokesman for the Palace. This meeting, which was to take place in the evening virtually, “will be reorganized”, said this source.

On Tuesday, the Queen received Boris Johnson at her Scottish residence at Balmoral, who had come to present his resignation, then Liz Truss, whom she officially appointed Prime Minister.

Images Broadcasts from the palace showed the 96-year-old sovereign, smiling and leaning on a cane, shaking hands with the new ruler, who became the 15th head of government in her 70-year reign.

Receiving the new head of government at Balmoral was a first for Elizabeth II, who is struggling to get around: the monarch traditionally receives new Prime Ministers at Buckingham Palace in London.

The meeting postponed on Wednesday was a Council private, a royal advisory body that can be attended by hundreds of people, including political and religious leaders.

Since one night in the hospital almost a year ago for examinations never specified, the queen, in declining health, shows herself more and more rarely.

She is delegating an increasing share of her duties to her son Charles, who in May delivered the speech from the throne to Parliament for the first time in her place, one of her essential constitutional duties.

At the beginning of June, the British celebrated for four days the 70 years of reign of Elizabeth II, who is the oldest monarch in the world in office. She remained almost absent from this platinum jubilee, showing herself only twice briefly on the balcony of Buckingham Palace in front of tens of thousands of people.

A few weeks later, however, she s is shown several times for public appearances in Scotland, appearing smiling and with a cane during an armed forces parade in Edinburgh at the end of June.