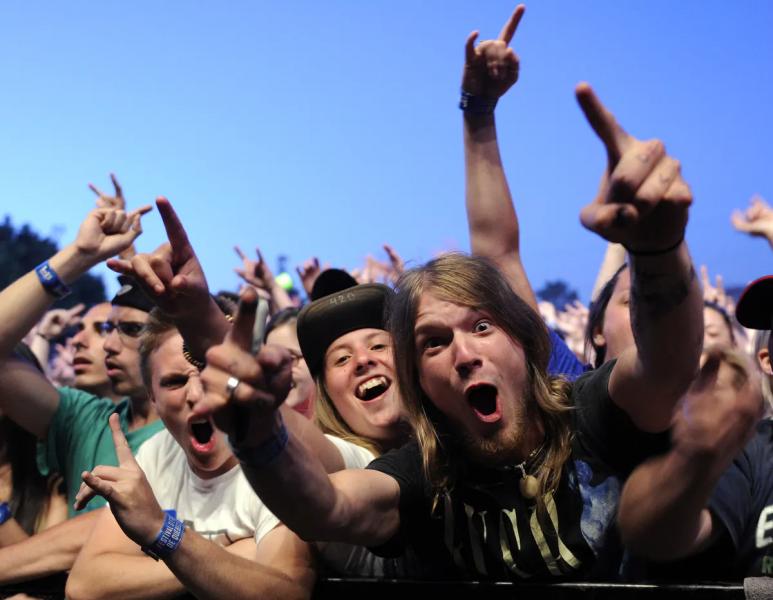 After two years when festivals had to reinvent themselves to deal with the pandemic, the events that enliven Quebec summers are back in the form that made them successful. The offer is large and varied with music, comedy, cinema, dance, opera, magic and traditional flavored events. Here are 15 festivals taking place across Quebec between now and September.

For its 40th edition, the “biggest comedy festival in the world” wanted to do things big. At Just for Laughs, we will be entitled to galas hosted by Pierre-Yves Roy-Desmarais, Roxane Bruneau and Phil Roy, Richardson Zéphir and Eddy King as well as Rosalie Vaillancourt. The outdoor component will not be outdone with several free concept shows, including La Fureur, Connaiss-tu ton comique? and La pédago. As for Just For Laughs, the international stars will be back in Montreal with appearances by Kevin Hart, Amy Schumer, Bill Burr and Jimmy Carr, among others. (RGM)

For its 33rd edition, Jonquière en musique features 12 evenings of free shows spread over three weekends. We will find the Canadian punk-rock formation Face to Face, Diane Tell, the metal of Voivod, the festive music of Salebarbes, Edith Butler, Pépé and his guitar, Alaclair Ensemble, Pour une histoire d'un soir >, with Marie Carmen, Marie-Denise Pelletier and Martine St-Clair, Laurie Leblanc and a tribute to AC/DC by the Ruff Edge band. The shows are presented at the Halles de la Rivière-aux-Sables. The opening acts will be performed by emerging French-speaking musical artists. We can discover, among others, Justine and Bass, Défaillance, Joanie Boulianne, Anaïs Vanessa Poirier and Maxym Bronsard. (YL)

Rage Against the Machine

After a year of absence and the presentation of a remodeled edition in 2021 at the Armoury, the Festival d’été de Québec is back in style and in its format appreciated by the public. An edition that was launched on the Plains of Abraham, Wednesday, with Charlotte Cardin. Next will be Maroon 5, $uicideboy$, Halsey, Loud, Marshmello, Garbage, Alanis Morrissette, Rage Against the Machine, Half Moon Run and others. At the Parc de la Francophonie, we will find X-Ambassadors, Spoon, Patrick Watson, Émile Bilodeau, Ariane Moffat, Three Days Grace, Lou-Adriane Cassidy, Louis-Jean Cormier, Millencolin, Pennywise, Sum 41, Clay and Friends, Milky Chance , Fouki and others. (YL)

Monsters, goblins, fantastical creatures, bloodthirsty killers and unclassifiable cinematic UFOs will storm the screens of the metropolis this month with the 26th edition of the Fantasia Festival. And after two pandemic editions, it is entirely face-to-face that the screenings will take place this summer in various rooms in downtown Montreal. Titles to watch include Canadian post-apocalyptic opening Polaris, horror drama Swallowed and the world premiere of thriller The Protector , featuring Munro Chambers (Turbo Kid). French filmmaker Patrice Leconte will also make the trip to present his latest film, Maigret. (BL)

After a 2021 edition that turned out to be remarkable, with exceptional scenography and performance sites, Le Festif! de Baie-Saint-Paul returns with the environments of the Pit à sable, the Parc de la Virevolte, with its scene that resembles a beaver dam and the Bas-de-la-Baie site. The French Polo & Pan, L'Impératrice, female revelation at Victoires 2022, Bran Van 3000 and Death From Above 1979 are among the big catches for this summer's edition. New, Cirque Alfonse will offer, from July 19 to 22, its Animal sous marquee show. The 13th edition of the Festive! is equal with as many female artists as male. (YL)

Launched with Rafael Payare and the Orchester symphonique de Montréal, the 45th edition of the Festival begins earlier this year. After the passage of Les Violons du Roy, accompanied by Marc-André Hamelin and Charles Richard-Hamelin, gathered on stage for the first time for a program devoted to Mozart, pianist Pierre-Laurent Aimard will offer, on July 22 and 23, the the complete Catalogue of birds work by Olivier Messiaen. In closing, Yannick Nézet-Séguin and the Orchester Métropolitain will offer a concert with works by Fanny and Félix Mendellsohn and Robert Schumann, in the company of the great French pianist Hélène Grimaud, who will make her debut at the Festival. (YL)

For its 12th edition, the Festival d'Opéra de Québec offers the world premiere of the creation Yourcenar – Une île de passions. This opera, inspired by the life and work of Marguerite Yourcenar, will be premiered by the Opéra de Montréal, the Violons du Roy and the Festival d'Opéra de Québec. It will be presented on July 28 and 30 at the Palais Montcalm. The opera Faust, an adaptation of The Merry Widow and a youth opera bringing together three stories by Anderson are also on the program. The Brigade lyrique will be back with free performances offered at different locations. Five stations, in the heart of the city center, will revisit key moments of opera. (YL)

Renamed Quebec City, Magic, the Quebec Magic Festival will welcome 2,500 magicians from all over the planet for its 11th edition. The festival will take place all over Quebec City. A huge site will be erected on Place Jean-Béliveau, where you will find installations, spontaneous performances and free workshops. Dean Gunnarson, specialist in escape numbers, will be featured there on July 28 and 31. Seven galas will be presented at the Center des congrès de Québec. The event will take place alongside the 28th edition of the FISM World Magic Championship, dubbed the “Olympics” of magic, which will welcome 110 competitors from 50 countries. (YL)

After a reduced and local edition last fall, the popular festival is finally returning to its usual pre-pandemic formula that made it famous. And that's good because the event will celebrate its 15th anniversary this summer. For the occasion, Arcade Fire – replacing the Foo Fighters –, A$AP Rocky and Dua Lipa will be the headliners for this last weekend of July at Parc Jean-Drapeau. Other artists to perform there this year include Charli XCX, Kygo, Yeah Yeah Yeahs, Royal Blood, Glass Animals and Idles, as well as Les Louanges, Sophia Bel, Zach Zoya and Safia Nolin. (RGM)

Year of transition, the ComediHa! Fest-Québec offers a busy edition with 200 artists whose mission will be to provoke laughter during a hundred shows. Michel Charette, Laurent Paquin, Michel Courtemanche, Marie-Mai, Anthony Kavanagh and the duo Anne-Élisabeth Bossé and Guillaume Pineault will host the gala evenings at the Théâtre Capitole. This will be a first for Marie-Mai. P-A Méthot will lead a karaoke evening with the presence of Marianne St-Gelais, Jonas, Ludivine Reding and Stéphane Fallu. Normand Brathwaite, Michel Barrette, Martin Matte and Cathy Gauthier will go through the wringer during the Grands Bien-cuits. (YL)

New event, Cigale offers, over two days, a beach experience, music and food on the shores of the St. Lawrence River in the Bay of Beauport. For this first edition, we will find, on the beach, close to downtown Quebec, Milk & Bone, Andy Grammer, Fitz and the Tantrums, Portugal. The Man, Les Hay Babies, The Franklin Electric, Kaleo and City and Colour. There will also be food, microbrewery beers, coffee and ready-to-drink. You can even taste oysters with both feet in the sand. It will also be possible to practice sports. (YL)

Music Festival from the End of the World

For its 18th edition, the Festival Musique du Bout du Monde is back in a formula at full capacity. The TELUS stage at the top of Mont Béchervaise will host the Kora Flamenca projectby ZAl Sissokho, the soaring neoclassical of Flore Laurentienne and the folk grunge of Laura Niquay. Lisa LeBlanc, Les Louanges and 2017 Polaris Prize winner Lido Pimienta will perform in the big top. P’tit Belliveau, les Deuxluxes, LaF and Qualité Motel are part of the program. The 18th edition will bring together the best elements that were in place before the pandemic and the elements built for the 2021 edition. Rue de la Reine will be lively every day from Friday evening to Sunday evening. (YL)

It will be a strong comeback at the end of August for the popular Centre-du-Québec festival. On Thursday evening, festival-goers will be able to see Ariane Roy, Marilyne Léonard and Émile Bilodeau in particular. The next day, it will be the turn of Koriass and Les Trois Accords – the founders of the festival – to share the big stages. It all culminates on Saturday evening with Hubert Lenoir, Loud and Ariane Moffatt. Phew! And as usual, ten “poutiniers”, including the reigning Fourchette d'or champion Ben la belly, will be on hand to feed the spectators.(RGM)

Event created in 2009, Trois-Rivières en Blues offers several big names for its 14th edition which will take place at the Cogeco Amphitheater. Tom Cochrane will perform his anthems Life is a Highway, Boy Inside the Man, Big League and White Hot. Ben Harper & The Innocent Criminals will make their first visit to the festival with their mix of blues, folk, rock, gospel and reggae. Steve Hill will revisit his albums in a group format, accompanied by a brass section. We will also find the American duo Larkin Poe, Anthony Gomes, Bernard Allisaon, Brandon Taz Niederauer, Tom Lavin & The Legendaray Powder Blues and The Lachy Doley Group. Free concerts will be presented in the heart of downtown. (YL)

Salebarbes, Roch Voisine, Guylaine Tanguay, Les Trois Accords and even Wyclef Jean will set the Outaouais evenings on fire at the end of the summer as part of the Gatineau Hot Air Balloon Festival. Are you more of a morning type? That's good because Laurence Jalbert and Matt Holubowski will perform at sunrise on September 3 and 4 respectively. Their successes will wake up festival-goers who will see the hot air balloons inflate in anticipation of their flights of the day. We've seen much worse ways to start our day, right? (BL)

Summer festivals not to be missed From July to September