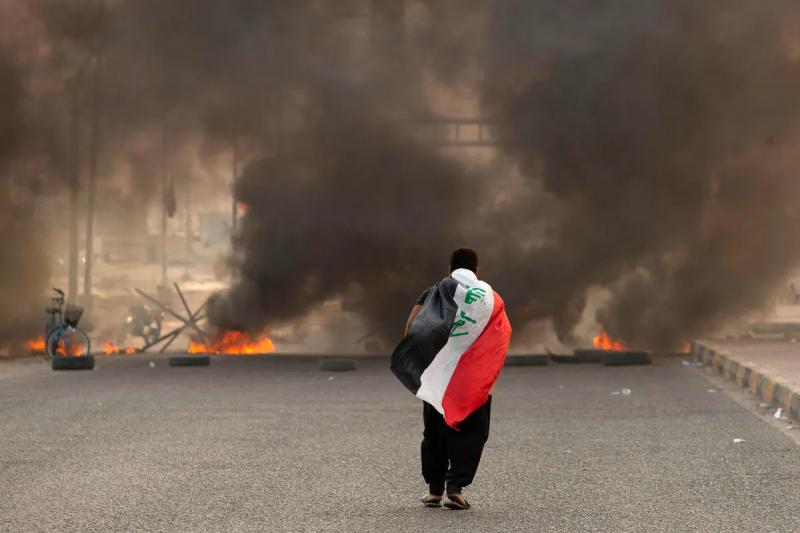 Fighting between supporters of rival forces resumed on Tuesday in Baghdad, where 23 supporters of Shiite leader Moqtada Sadr have been shot dead since Monday, according to a new report provided by a medical source.

At least 380 people were injured in the violence in the Green Zone, an ultra-secure perimeter, according to this source.

After a calm night, the fighting between supporters of Moqtada Sadr, on the one hand, and the army as well as men from Hachd al-Chaabi, former pro-Iranian paramilitaries integrated into the regular forces, on the other, have resumed Tuesday morning.

The Iraqi government announced that the curfew in force since Monday evening throughout Iraq was maintained on Tuesday. Schools, administrations and shops are closed.

A few rare cars venture into the streets of Baghdad, the Iraqi capital where the army and the police ensure that the curfew is respected.

The Green Zone, where embassies and institutions are located government, descended into chaos on Monday after the very influential Moqtada Sadr announced his “definitive retirement” from politics.

Several thousand of his supporters then invaded the Palace of the Republic in the Green Zone where the Council of Ministers sits. The security forces dispersed them with tear gas and truncheons.

In the afternoon, the first shots were heard before the situation escalated and that heavy weapon fighting does not pit Moqtada Sadr's supporters and the army as well as Hashd al-Chaabi.

The political crisis in Iraq has been going on since the October 2021 legislative elections. The Shia political forces, in particular that of Moqtada Sadr, are unable to agree on a new Prime Minister and a new government.