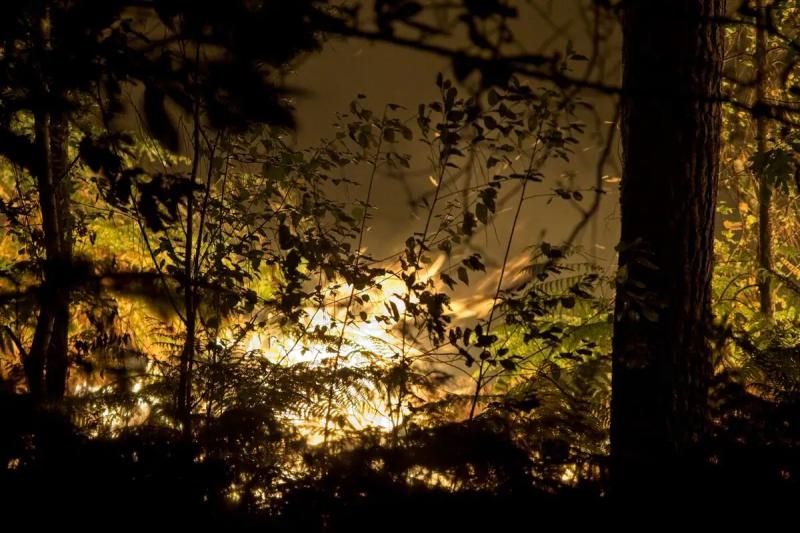 BORDEAUX | Renewed fires in the south-west of France, in Gironde, the scene of a gigantic fire in July, have ravaged 6,000 hectares of pine forests since Tuesday afternoon, leading to the evacuation of 6,000 people.

It is a “very vigorous” fire which progressed “all this night over the south-east” of Landiras, the scene of a gigantic fire in July, Martin summarized in front of the press Guespereau, delegate prefect of the Gironde.

From 400 ha of area burned on Tuesday evening, the toll rose to 6,000 ha overnight. A “major fire”, “much more virulent and rapid” this night than in July, described in turn the general controller of the local firefighters, Marc Vermeulen.

The thick smoke posing “ visibility problems”, the prefecture has decided to cut the A63 motorway from Bordeaux to Bayonne in both directions.

Faced with the progression of the flames, 3,600 people were evacuated on Tuesday night from the municipalities of Saint-Magne, Belin-Béliet and Hostens, 2,000 are “being evacuated” and 200 in the Landes “and it is probable that the figure increases during the day”, underlined Martin Guespereau.

In the night, the local authorities had indicated, in a press release, that the “very virulent” fire had “extended to the Landes department (further south on the Atlantic coast, Ed).

“The communes of Hostens, Saint-Magne and sectors of Belin-Béliet have been evacuated”, that is to say approximately 3,800 people, according to this press release. These towns are located in the heart of the Landes de Gascogne forest.

“These are very difficult situations for people who were already evacuated in July when the fire next door broke out” , underlined the delegate prefect of the Gironde.

This Landiras fire, 40 km south of Bordeaux, which ravaged nearly 14,000 hectares of forest in July, without causing any casualties, was “never declared extinct” and was placed under constant surveillance.

It resumed with a vengeance on Tuesday afternoon thanks to “extremely unfavorable weather” caused “by heat waves, dry air, dry vegetation”, among other things, explained the prefect.

The fire also destroyed 16 houses, without causing any injuries, in several areas of the town of Belin-Béliet where an evacuation operation of around 2,000 people was underway.< /p>

Some 500 firefighters are on site, supported by civil security water bombers.

France, and particularly the South-West, was again affected on Wednesday by an episode of heat wave.

July 2022 was the month of sad records in France: the second driest month ever recorded in the country, after March 1961, and that of surf burned aces. Thus, more than 50,000 hectares have already been burned since January, according to the European Forest Fire Information System (EFFIS), which has kept comparable statistics since 2006.