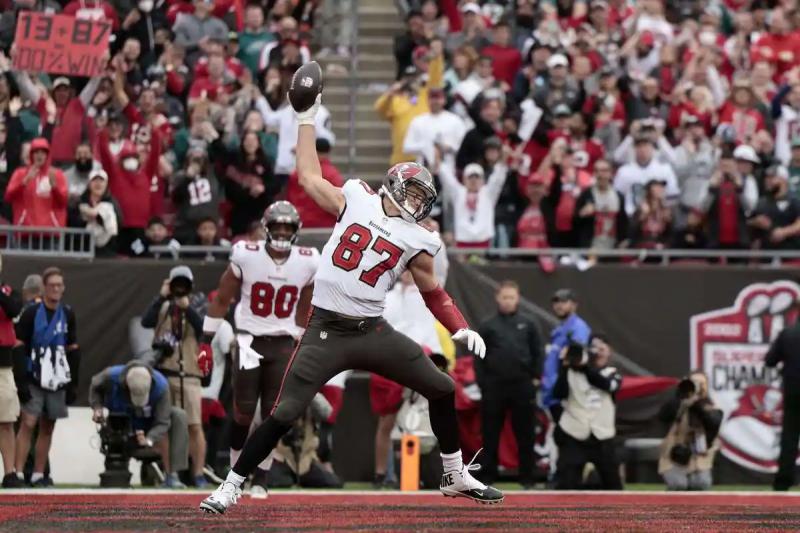 Tight end Rob Gronkowski has decided to hang up his shoulder pads and end his NFL career for good.

On Tuesday, the athlete 33-year-old announced his retirement on his social networks.

“Gronk” has been a free agent since the end of the last campaign, having played the last two seasons with the Tampa Bay Buccaneers. In April, he indicated that he was still hesitating between retirement or another run with his friend Tom Brady with the “Bucs”.

This is the second time Gronkowski has retired . The star player had decided not to play football again after the 2018 campaign, having played nine seasons with the New England Patriots.

The native of Amherst, New York, however, had chosen to put his helmet back on to join Brady with the Buccaneers in 2020. The prolific duo also greatly contributed to the coronation of the Florida club that year. It was the fourth Super Bowl title the pair had won together, having enjoyed the bliss of victory three times in “Pats” uniforms.

“I want to thank the Buccaneers organization for this great run, for the confidence and for building a winning team,” Gronkowski wrote. I will now return to my retirement home. I retire again with my head held high, knowing that I gave it my all when I stepped onto the pitch.”

The “Bucs” also took the time to thank the tight end.

“It is always difficult to see a great player retire from the sport when he is still enjoying success, but I have enormous gratitude and respect for one of the greatest tight ends in history,” general manager Jason Licht said in a statement.

“Even though his accomplishments on the field will earn him a place in the Hall of Fame, it's his humble attitude and desire to put the team first that defines the career he's had.”

Fr 11 seasons in the NFL, Gronkowski caught 621 passes for 9,286 yards and 92 touchdowns in 143 games. He was named to the Goodell Tour All-Star team four times and received five invitations to the Pro Bowl game.