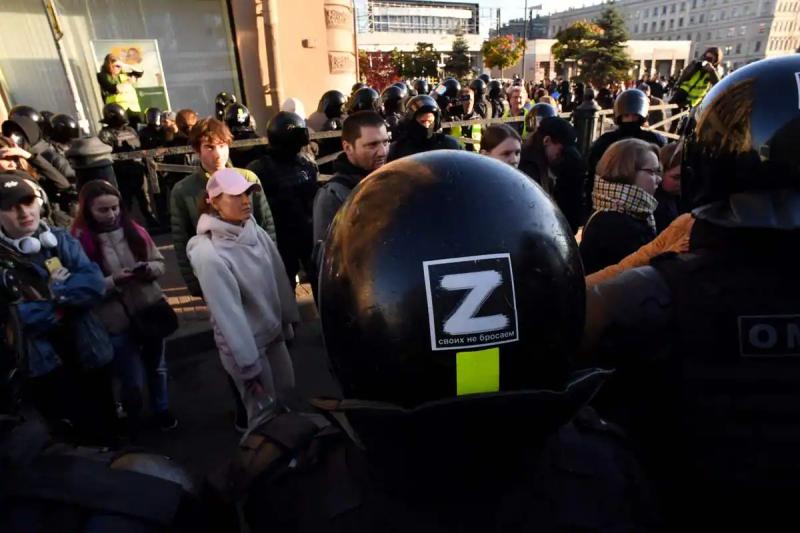 Russian authorities have promised to fix the “mistakes” made in the mobilization decreed by President Vladimir Putin, after the summons of people supposed to be exempted which caused an outcry.

Announcing this “partial” mobilization of reservists to go to Ukraine on Wednesday, Mr. Putin stressed that only people with military experience or “relevant” skills would be called up.

But several cases of people with over the age to fight, sick or exempted for other reasons, provoked outraged reactions on social networks, causing embarrassment and concern from the authorities.

In the Volgograd region (South-West), it is a 63-year-old retired soldier, suffering from severe diabetes and brain problems, who was dismissed from the training center where he had been summoned, according to the authorities.

In the same region, the director of a small rural school, Alexandre Faltine, aged 58, received a mobilization order when he had not served in the army. After the publication of a video of his daughter on social networks, where it was widely shared, he was able to return home.

In an unusual admission of dysfunction, the Speaker of the Upper House of Parliament, Valentina Matvienko, curtly chastised the regional authorities, which oversee the mobilization.

“Improper cases of mobilization (…) arouse heated discussions in society and on social networks,” she lamented in a statement posted on Telegram.

“Some people seem to think it is more important to present their report promptly than to properly fulfill an important mission for the State. Such excesses are absolutely unacceptable,” she added.

“Make sure that the partial mobilization is fulfilled in full respect of the announced criteria. And without making a single mistake!” she ordered.

These excesses are a new example of the organizational difficulties that have accompanied the offensive of Russia against Ukraine.

On Saturday, the Ministry of Defense announced the replacement of the highest ranking officer in charge of logistics issues by General Mikhail Mizintsev, a heavyweight in the general staff.

Even if the authorities present the mobilization of people supposed to be exempted as isolated cases, their statements express a form of concern at the indignant reaction of part of the population.

On Saturday, the President of the Human Rights Council at the Kremlin, Valéri Fadeïev, urged Defense Minister Sergei Shoigu to “urgently resolve the problems” noted since the start of the mobilization so as not to “undermine the confidence of the population”.

He cited the examples of 70 fathers of large families mobilized in the Russian republic of Buryatia, in Eastern Siberia, as well as nurses and midwives without any experience military in the Sverdlovsk region (Urals), summoned “under the threat of legal proceedings” in the event of refusal.

Mr. Fadeïev also criticized those who “deliver the mobilization orders at two in the morning, as if they took us all for (deserters)”. This method creates “discontent”, he warned.

Faced with this situation, the governors of the regions of Vladimir, near Moscow, and Leningrad (North-West) promised that those mobilized “by mistake” would return home.

The governor of Leningrad, Alexander Drozdenko, on Sunday asked the heads of the districts of his region to “personally take up the requests of the inhabitants and s 'take care of every file'.

Several students also claimed to have been summoned when the authorities had promised that they would be exempted.

Saturday evening, Mr. Putin signed a decree providing an exemption for those who study in universities or state vocational schools.

Another controversial situation concerns the case of protesters against the offensive in Ukraine who received an order to mobilization while in custody. There, the Kremlin indicated that it saw nothing “illegal”.