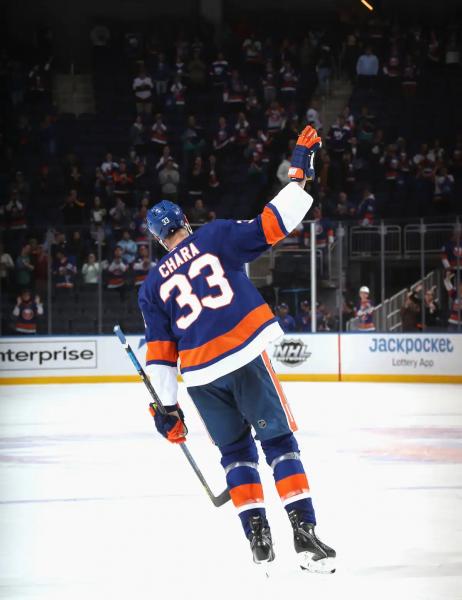 Defender Zdeno Chara ended his professional hockey career on Tuesday, signing a one-day contract with the Boston Bruins to officially retire from the team to which he excelled for a long time.

The 45-year-old Slovak was the oldest active player in the National Hockey League (NHL) before that day. Since the end of a seven-year, $45.5 million contract in the summer of 2018, he has signed one-year agreements to continue his career marked by a Stanley Cup conquest with the Bruins in 2010- 2011 and obtaining the James-Norris trophy in 2008-2009.

“After 25 campaigns in professional hockey, 1680 regular season games, 200 Stanley Cup playoff games and hundreds of duels on internationally, I am proud to announce my retirement from the NHL. In doing so, I am honored to return to TD Garden […] to complete my career with the club that has meant so much to me and my family. There are so many people who have contributed to my success, including all of you, and I intend to thank you this afternoon,” he wrote on his Instagram account in the morning.