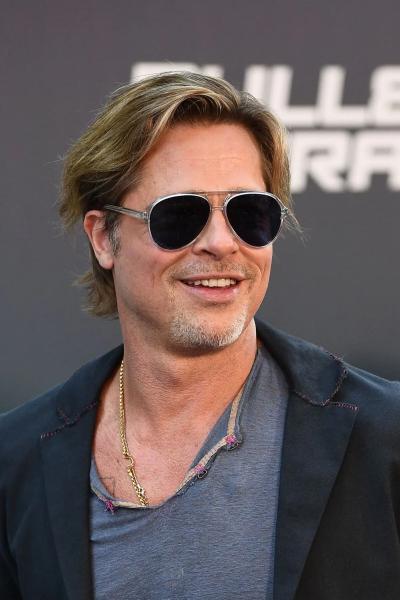 At 58, Brad Pitt has decided to savor life and take on one film after another, a project that has nothing to do with retirement, promises the actor of Fight Club during a meeting with journalists in Paris.

In an interview with GQ magazine at the end June, the American star had evoked the feeling of living “the last semester” of his career. Words that had suggested that the actor, revealed in Thelma and Louise in the early 90s, was about to hang up the gloves.

“That's not what I meant…”, Pitt clarifies, brushing aside the idea of ​​”retirement”. “What I wanted to say is that I am already facing the home stretch, the last season”, specifies the one who, like his character of “Benjamin Button”, is far from his age.

And the question now is “how do I want to spend this time?” “In any case, nothing to do with retirement,” he insists.

Coming Monday evening to present “Bullet Train”, in theaters on August 5 in the United States, two days before in France, the actor plays the Californian cool card to the fullest, showing himself delighted to have participated in the film. Dark humor and gags punctuate this police comedy set on a train between Tokyo and Kyoto, in which seven murderers try to liquidate themselves.

“I like to make all kinds of films”, says the man who has worked with directors as eclectic as Quentin Tarantino, Terrence Malick, David Fincher, Guy Ritchie and the Coen brothers.

“To my age, we have made enough mistakes and by chance, accumulated enough experience, to distinguish what we have done well and what we are doing badly, ”he says.

Once upon a Time in Hollywood by Tarantino, which won him an Oscar in 2020, and the actor is not short of projects. His next film Babylon , directed by Damien Chazelle (La la land), will take place in the middle of Hollywood's golden age and will be an opportunity for Pitt to find Margot Robbie, with whom he had filmed in the Tarantino.

As a producer within Plan B, the actor is also very active and has seen three of “his” Oscar-winning films: The Departed, Twelve years a slave and Moonlight.< /p>

“I love it: you manage to put forward new talents, you are part of projects in which you would not necessarily have your place as an actor”, he declares. “And the rest, I don't know…I go from movie to movie, and the last thing I did decides what I'll do next,” he says.

In the debate that agitates the seventh art on streaming platforms, Brad Pitt chooses the path middle. “I like both streaming platforms and cinemas”, he says, far from a Tom Cruise who wants to see his films released exclusively in theaters.

“Movies had become so expensive… There were either huge projects or more intimate things, and there seemed to be no room for anything else in between,” the actor says. In this context, “platforms have opened the field to other voices”, he says.

“I am impressed by the things I see”, he adds , sparkling eyes. But at the same time “I just saw Elvis in theaters. I'm a big fan of (actor) Austin Butler, I think he's going to do great things. And I had such a great time, it was great to be back in the movies.”

“Brad is not just a legend, he's a master at what he does. do. And I think we met him at a time in his career where he wants to have as much fun as possible,” says Bullet Train cast member Brian Tyree Henry. “His laughter is contagious!”.

“When I’m serious, it doesn’t bode well for anyone,” says Pitt…matching the action to the word.