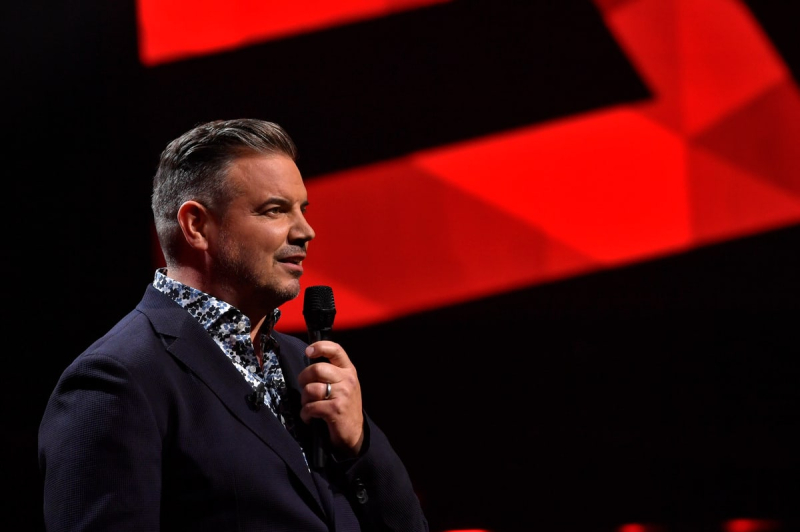 On the eve of the broadcast of the new season of “La Voix”, host Charles Lafortune takes stock of his return to the helm of this great family television event and reveals some novelties of this ninth year.

If he is now a very busy producer, Charles Lafortune never thought of leaving his place in the animation of “La Voix”. “It's rare to participate in a great success that lasts so long and becomes a tradition,” he said in an interview. It is precious. There is also something magical about seeing people realize their talent. I can't get enough of friends and families who react when chairs turn. I have this closeness with them and it's like a “rush” of happiness.”

The philosophy of the show also corresponds to its own values. “Celebrating talent rather than personality or strategies is important. My singing competition is the best because the coaches don't see the candidates when they choose them. There is an ethnic, musical, generational representation, and we continue to discover impressive new talents.”

If his daily life as a producer is to make decisions and decide, he becomes a simple host on the set of “La Voix”. “I don't decide anything, but I give my opinion on everything,” he joked. I try not to be the mother-in-law too much, but I offer ideas. I, for example, said that it had never happened that a facilitator intervened to hit the button instead of a coach. But I was told that would never happen! I tried myself.”

During the recordings of the blind auditions, Charles Lafortune was also witness of the great complicity that unites the coaches of this new season.

“Marc leaves with a head start. He always took good care of his candidates, he really got involved. Corneille, whom I thought was the quietest, is very active and has good arguments. Mario Pelchat connects with popular success and he is truly formidable. He is also the most emotional coach. Finally, Marjo is certainly the most instinctive. It's the simplest way to approach candidates.”

From the first broadcast of the blind auditions , this Sunday, viewers will see several changes.

“A lot of visuals have been added, such as lighting that accompanies the contestant as they walk up the stage before their audition, for example, as well as a light system above the stage that swirls before the song begins. The decor has also been a little refined, and the musicians are more present. We will see them more during the blind auditions.”

Charles Lafortune's style of animation will also be different, with a solo interview with the candidate at the start. “It is only when we are at the time of the audition that I will speak with the family. It allows me to create a different atmosphere. I also have a camera that comes to me during the audition and I can comment on what has just happened, give my opinion or come back to a coach's comments. I will have a greater complicity with the spectators at home. I like that a lot.”