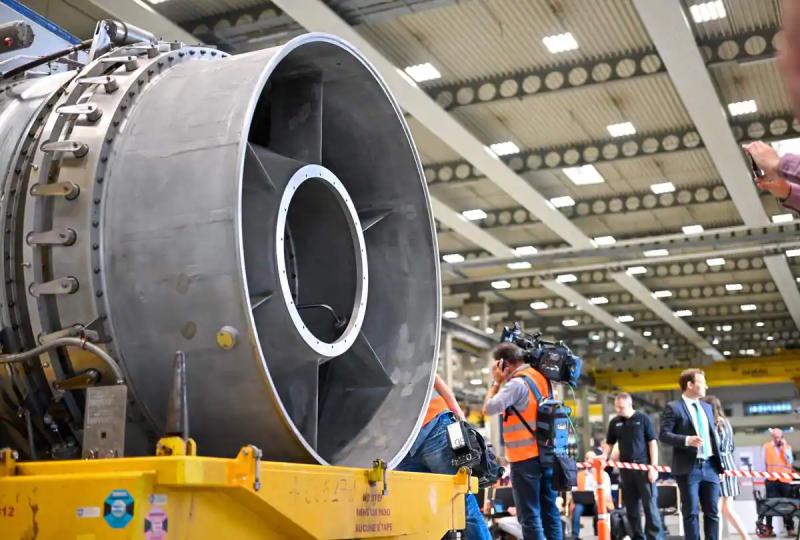 The return to Russia of a Siemens turbine presented as essential to the operation of the Nord Stream 1 gas pipeline, which supplies Europe, is “impossible” because of the sanctions against Moscow, the giant said on Wednesday Russian gas company Gazprom.

“Sanctions regimes in Canada, the European Union and the United Kingdom, as well as inconsistencies in the current situation regarding Siemens' contractual obligations make delivery impossible,” Gazprom said in a statement.

These statements are likely to heighten the concern of European countries, which suspect Moscow of seeking a pretext to delay the return of this turbine and further reduce its gas deliveries, in the context of tensions around Ukraine.

German Chancellor Olaf Scholz on Wednesday also accused Russia of being responsible for blocking the delivery of the turbine.

Gazprom says the equipment, which was returned to Germany after being repaired in Canada, is essential to ensure the smooth operation of the Nord Stream 1 gas pipeline, which supplies Europe.

Russia has reduced in June and July the volume of its deliveries, saying that the gas pipeline could not function normally without it.

The Nord Stream 1 gas pipeline, with a daily capacity of 167 million m3 according to Gazprom, connects Russia to Germany via the Baltic Sea. This tube is strategic for gas supplies to Europeans, especially Germans, who are highly dependent on Russian energy resources.

Canadian Foreign Minister Mélanie Joly said Wednesday that the return of the turbines to Germany , strongly criticized by Ukraine, was a “difficult decision”.

“President Putin is trying to use this issue of turbines as a way to create dissension between allies within the G7,” she said at a press conference in Montreal.

< p> The Russian president “tried to separate us, to play with us,” also denounced German Foreign Minister Annalena Baerbock on a visit to Canada. “There is no chance, not even a tiny one, that Putin will succeed in dividing us.”

“It was a mistake to be so dependent on cheap gas from Russia. This is why we have made a 180 degree turn and completely freed ourselves from Russian gas supplies,” she added.

Westerners accuse Moscow of using the energy weapon in retaliation for the sanctions adopted after the offensive against Ukraine.

The Kremlin, for its part, assures that it is the sanctions which are at the origin of the delivery difficulties and that Europe therefore suffers from the measures it imposes on Russia.

Russia has been hit by several rounds of Western sanctions after its military intervention in Ukraine launched on February 24.