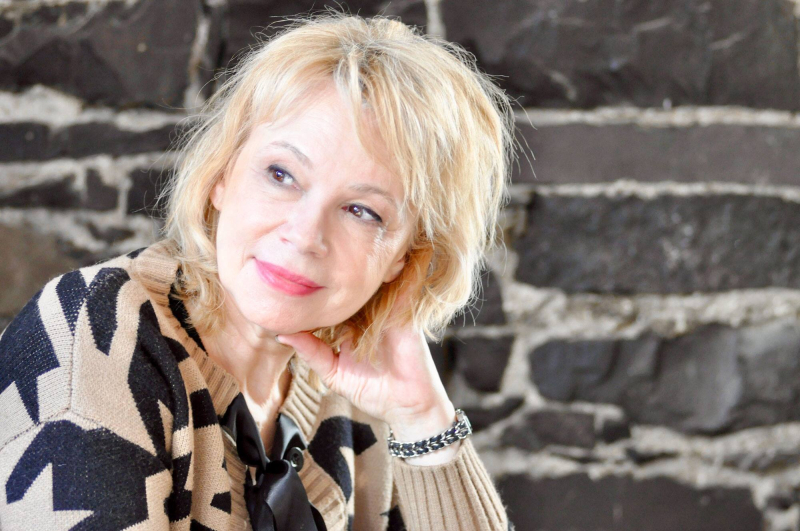 The winter of 2023 is one of reunion with her audience for Martine St-Clair. The 60-year-old singer begins a new tour on Friday and will release the physical version of his live album next month. “J I still have the opportunity to meet the public, she says. It is an immense gratitude. »

Because she really enjoyed temporarily finding her audience a year and a half ago, the time of three evenings to record an album < em>live,Martine St-Clair has decided to do it again for a full tour this winter.

Friday, the performer will kick off the Reunion tour. More than twenty dates are on the calendar and other performances should be added.

“We really have a nice mix of styles and songs, says the singer about this new lap of the track directed by Robert Bellefeuille. We did a rhythmic medley. We're having fun, it's really fun.”

And the public's response to this new tour? “I don't want to get carried away, but I feel it's positive. There are still a few tickets left, but I see on social networks that people are happy. They write me the songs they want to hear.”

After 40 years of career, does Martine St-Clair see this show as a retrospective? “It's not how I feel, but it sure is. It is a journey through four decades. It is obvious that we are going backwards. But it is also Martine who is presenting herself to the public in 2023. Who is this woman who turned 60 [in July last]? It's the creator who comes in front of the audience and talks about her art.

“ This show is also a way of saying thank you to the songwriters who have served me songs , whether Plamondon, Marc Lavoine or Gino Vannelli, she says. People from here and elsewhere. Without them, I am not here.

In addition to her many successes, Martine St-Clair will deliver to the public a brand new piece, Tot’Aime. The title was written by Lucien Francoeur and composed by Gilbert Montagné during the pandemic. It was a canvas painted by Martine that inspired the song.

For her next studio album, which she hopes to release next year, the performer also wants to mix her paintings – she paints for 20 years – with music. “There are already two songs finished. I'm working with other collaborators,” she concludes.

♦ Martine St-Clair will present her show Reunion at the Cabaret du Casino de Montréal (February 10) and at the Théâtre du Capitole de Québec (April 6). For all dates: martinestclair.com. Already available in digital format, the album En spectacle will be released in stores on February 10.