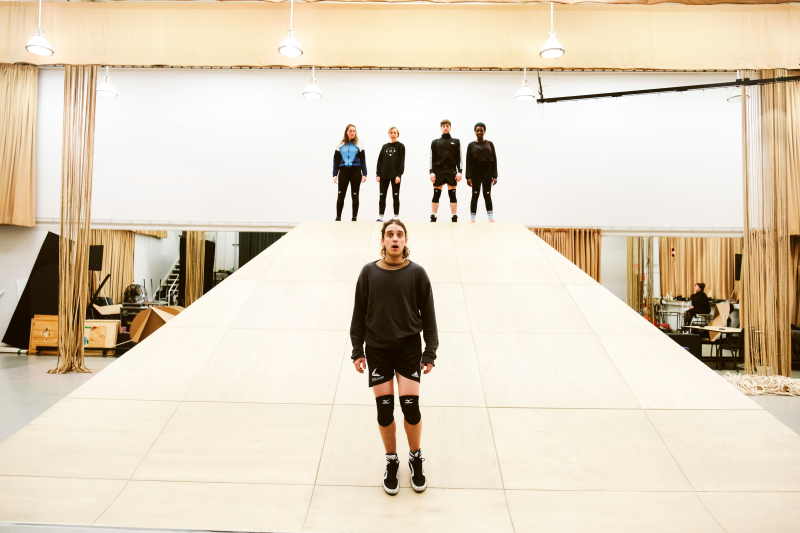 Written in 1891, the play The Awakening of Spring addresses the blossoming of sexuality among adolescents in a society where hypocrisy, reputation and silence take precedence over desire. Approached to adapt this piece for presentation at Trident and Théâtre Denise-Pelletier, David Paquet wanted to have his hands free so he could do it his own way.

« I wanted to seize the raw material to strip it and renovate it. Otherwise, I wasn't interested,” the author dropped in an interview.

Anne-Marie Olivier, the former artistic director of Trident, who built the 2022-2023 season, gave him carte blanche.

On Tuesday evening and until February 18 at Trident , Spring Awakening, which was censored until 1906, is set in 2023.

“The play by German playwright Frank Wedekind is about teenagers experiencing sexual awakening in the heart of a bourgeois society that is quite hypocritical in the way it talks about sexuality and doesn't talk about it much,” a- he said.

“  years old, asks his mother how babies are made. His mother refuses to answer him by referring to the stork. Today, a 14-year-old knows it. He has access to all the pornography in the world on the internet. It’s a huge leap,” he explained.

This new reality and this bombardment of available images led the author to review the play from top to bottom.

The author, who had previously studied sexology, was inspired by the work of Frank Wedekind in order to build his own.

When he discovered the original text, David Paquet liked the complexity of the work, the characters, the theme and he was also attracted by the potentially provocative material of this work.

“It's a huge challenge, a bit daunting, but it's very stimulating. I have always written my own creations and this is the first time, in 15 years, that I have adapted a work”, added, feverishly, the author who attended several rehearsals.