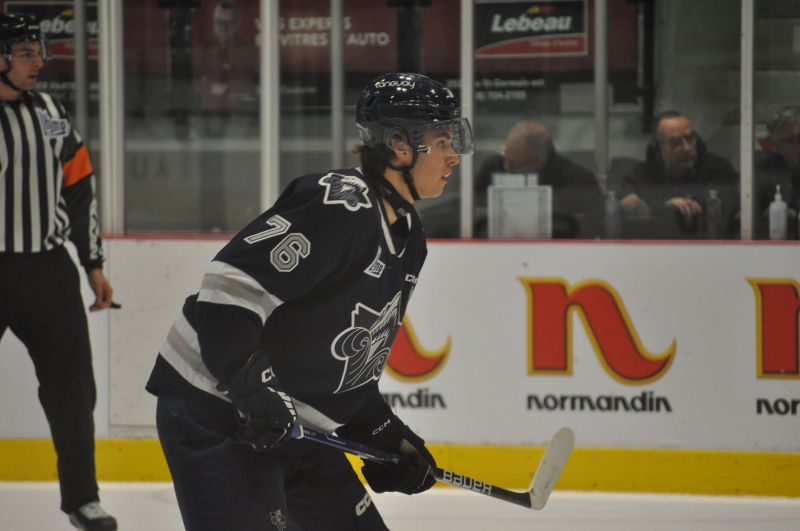 RIMOUSKI | Océanic general manager Serge Beausoleil says he is very comfortable keeping his captain Frédéric Brunet if the offers do not match the value of his ace defenseman, whom he evaluates at two and a half first-round picks. .

“I love our hockey team. I like what we do. Frédéric Brunet is an added value above Gaudet (Marc-André) and he cost Sherbrooke a first-round pick, two picks of two and one of four. For us, there are no wrong solutions. He's an exceptional leader with us and we have the luxury of keeping him if we want to keep him and we also have the luxury of moving him if it's an offer that bends our knees. At the moment (Monday noon), we are talking a lot, but we don't have a serious enough offer on the table”.

Serge Beausoleil goes on to say that his team can afford the luxury of keeping its captain. “We have an exceptional team spirit. For me, it's worth a lot of additions as we speak. We will still try to improve our team by Friday (deadline for trades).

The Sags are coming

The Océanic will host the Chicoutimi Saguenéens on Tuesday night. Serge Beausoleil will once again be able to count on a full roster, an uncommon luxury this season with the long-term injuries of Luke Coughlin, Xavier Filion and Jacob Mathieu. “Injuries are not an excuse, but they are three important players who missed several games,” said the head coach.

Serge Beausoleil hopes to see his youth trio bounce back after a game more difficult Sunday against the Voltigeurs. The coach has brought together for a few games the 17-year-old forwards Maël St-Denis, Maxim Coursol and Alexandre Blais. “They did that well on the road, but it was a bit more difficult on Sunday and they know it. I expect them to bounce back tomorrow (Tuesday).

The Océanic invited certain prospects to mini- evaluation camp for a few days this week. “We've been doing this for a few years. We are taking advantage of the break in midget AAA and college to bring in hopes and assess their progress. Goalkeepers Lyam Leblanc and Cédric Massé are there, as are Mathys Dubé and Dominic Pilote. Anthony Paré is not there because he has just had surgery. He will be ready for the next training camp,” said Serge Beausoleil.