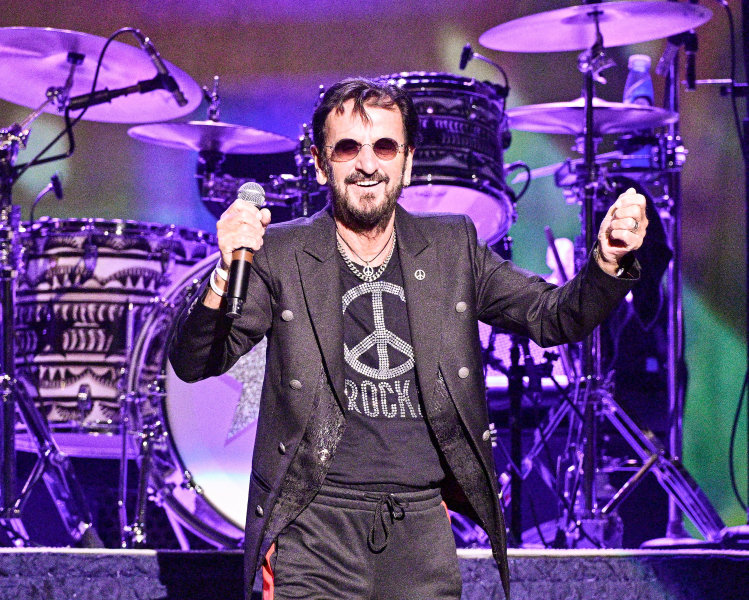 More than 50 years after the dissolution of the Beatles, Ringo Starr continues to surround himself well. The Briton and his All Starr Band heated up Place Bell in Laval on Monday night with a two-hour musical marathon where rock was king and nostalgia queen.

Ringo Starr in the 450? That is the event. The arrival of the ex-Beatle has also paralyzed Laval, the streets surrounding Place Bell having become impassable a good hour before the start of the concert.

Many latecomers, probably bothered by the monster congestion, thus made their entrance during the first pieces offered on stage by Ringo and his accomplices of the All Starr Band, namely Steve Lukather (Toto), Colin Hay (Men at Work), Hamish Stuart (Average White Band), Warren Ham (Kansas), Edgar Winter and Gregg Bissonette.

Still, the headliner was greeted like the legend she is by some 4,000 cheering and raucous fans, jumping to their feet to bow down to their idol.

First observation? From the height of his 82 years, Ringo Starr is in frankly spectacular physical shape. His contagious energy and legendary swag have not aged a bit, as has his rockstar aura, perfectly intact.

Let's be frank: the voice has seen better days. It doesn't matter, we delight in it greedily, especially when the time comes to hear again the great hits of the Beatles, from Yellow Submarine to With a Little Help from My Friends in passing by Octopus's Garden and What Goes On.

Because after all, do we really buy a ticket for a Ringo Starr concert (with or without his All Starr Band) in the hope of hearing perilous vocal flights? No, probably not. We travel to live a privileged moment in the company of a legendary musician and hear hits that have forged the history of music.

And that's exactly what his fans were treated to on Monday night: an evening of nostalgic – but never old-fashioned – rock fueling the hits of Ringo Starr and his guests.

Because as a generous leader, Ringo Starr left his accomplices many opportunities to shine with their own fires, installing himself very wisely behind his drums to give them the floor .

Edgar Winter was the first to go solo, setting the tone by shouting out a hair-raising Free Ride (despite some vocal skids) rewarded with 'a sincere and spontaneous standing ovation.

The presence of Steve Lukather (leader of the famous group Toto) also allowed the All Starr Band to revisit the immortals Rosanna and < em>Africa, while Colin Hay brought back the infectious Down Under and Hamish Stuart, among other things, delivered a wild Pick Up the Pieces. Candy…