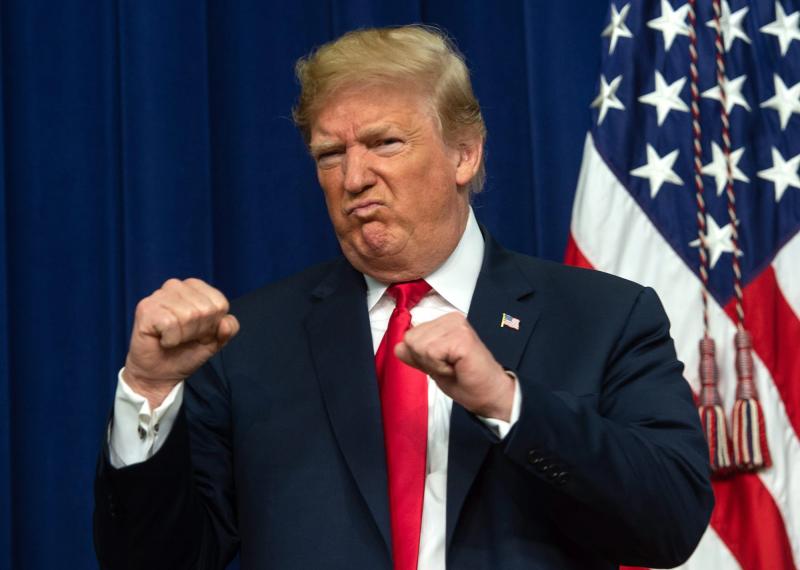 Running out of arguments to defend Donald Trump in the secret Mar-a-Lago documents affair, Republicans brandish the threat of violence.

Every day, the positive outlook of the ex-president in this matter is darkening. His defenses – designed more to inflame his supporters than to convince a court – prove as pitiful as they are contradictory. The reaction of its Republican allies says a lot about what this party has become and the risks this case represents for its future.

These documents, stored in a club where foreign agents enter like a mill, were highly confidential. But why did Donald Trump insist on appropriating them? Mystery. Whether he stole these documents out of sheer vanity or to sell them to the highest bidder, possessing them is a crime.

Furthermore, Trump had multiple opportunities to turn over these documents, and he does not did not.

The apologies he has been spouting since the August 8 seizure are as implausible as they are contradictory.

Running out of arguments, Republicans are reduced to pointing fingers at Democrats for events that don't square with this deal with Trump, or, as Senator Lindsey Graham did, they go so far as to raise the threat of violent riots if the judiciary dares to treat Trump like any other citizen.

The Specter of Violence

It is not new that violence occupies a place of honor in Trumpist political discourse. During his 2016 campaign, Trump encouraged his supporters to thrash those who dared to show their opposition during his rallies. Violence was also at the heart of the assault on the Capitol on January 6, 2021. It is therefore not difficult to believe that one or more of the armed groups who worship Donald Trump could take action if the latter is criminally charged, but the magnitude of this threat should not be overestimated either.

In the aftermath of the seizure of Mar-a-Lago, the supporters who came to show their support at the scene were outnumbered by the reporters. Conversely, protesters against Trump the day after his inauguration numbered in the millions.

It is among others this threat of violence from extremist supporters of the Trump cult that inspired President Biden's scathing retort last week, who last week called the philosophy of the “MAGA Republicans” semi-fascist.

While several Trump-backed Senate candidates appear headed for defeats that will strip their party from control of Congress, Republicans who would like to move on are trapped by the Trump cult.

They Know that the ex-president will not hesitate to scuttle the party's chances by mobilizing his supporters against those who do not show him unwavering loyalty. Trump's legal tribulations and his supporters' drift to extremes are likely to have two seemingly contradictory effects: Trump's chances of a 2024 nomination and his hold on his party are likely to consolidate, but that could come at a heavy cost. losses among centrist voters.

Republicans wanted Donald Trump. They are taken with more than ever.