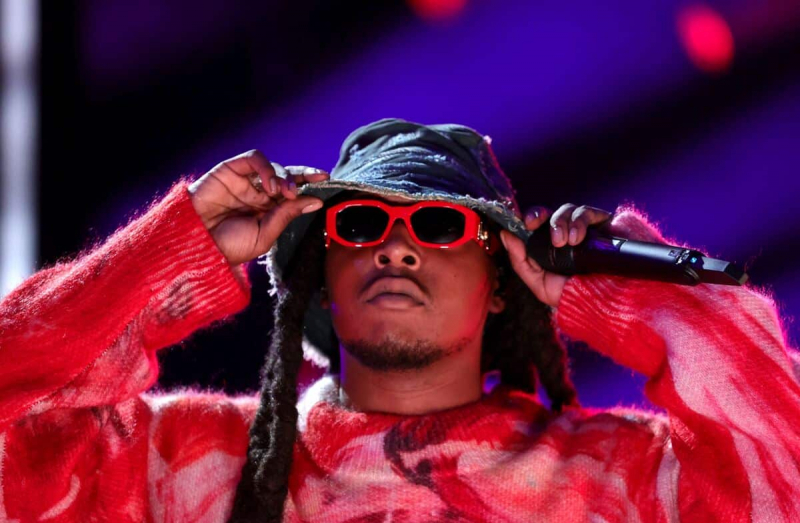 It's a known fact: rappers lead the dream life, traveling to concerts and partying, sometimes mixing drugs and violence. Because of their way of life or their complicated past, things can dangerously escalate to a tragic end. Here are some of the rising stars of American and Quebec rap who have been murdered in the last few months.

The list of rappers who have been shot dead continues to grow . Score settling and shootings claim new victims every year, both in the United States and in Montreal.

1. Takeoff, from the Migos group

Newly announced: American rapper Takeoff, a member of the group Migos, was shot and killed on Tuesday, November 1 at a bowling club in Houston, Texas, at the age of 28.

Real name Kirshnik Khari Ball, the artist was spending the evening with one of the members of his group around 2:30 a.m. when the police were called for shots, according to the media TMZ.

Born June 18, 1994, Takeoff was known for being part of the rap group Migos with his uncle Quavo and his cousin Offset, now married to rapper Cardi B. The Atlanta-born ensemble rose to prominence in 2013 with his song Versacewhich Canadian artist Drake had remixed.

When his second music compilation Meet the Woo 2 was released in February 2020, no one suspected that it would be his last. On the morning of February 19, Pop Smoke was fatally shot in his Hollywood Hills rental home two weeks later. He was only 20.

Rapper, singer and songwriter Pop Smoke was a key part of Brooklyn's “drill” hip-hop music explosion. Also known as Bashar Barakah Jackson, the trendsetter wowed fans with songs like Welcome to the Party and Dior.

The body of rapper XXXTentacion was found unresponsive in his car after a shooting as he exited a motorcycle dealership on June 18, 2018 in Deerfield Beach, near Miami in Florida.

The shots were reportedly fired by two individuals from another vehicle. A witness saw the scene before posting a video on Twitter in which the inert body of Jahseh Dwayne Onfroyque can be seen. He was rumored to have been part of a burglary that turned sour.

The assailants of the attack left with a Louis Vuitton brand bag. Four men have been charged for their role in the robbery and shooting, including alleged gunman Michael Boatwright.

At the time of his death, XXXTentacion was highly controversial. In fact, the same day, Jimmy Wopo, rising star of the Pittsburgh rap scene, died in similar circumstances after another drive-by shooting in his Hill District neighborhood. He was 21 years old.

Rapper Pierre Clermont-Duquerns, known as “Young Wolf” was shot and killed on August 8, 2021 in the Villeray-Saint-Michel-Parc-Extension borough, then 22 years old.

Around 9:45 p.m., shots were heard in the neighborhood near Crémazie Boulevard East, at the intersection with Cartier Street.

Jeune Loup succumbed to his injuries a few hours later after the incident, making this event the 17th homicide since the start of 2021 in the metropolis.

Rakim Hasheem Allen, better known as PnB Rock, died on September 12, 2022 while having dinner with model Stephanie Sibounheuang at a restaurant in Los Angeles.

According to the American media TMZ, the rapper would have been the target of a robbery. An individual would have approached their table, pointed a weapon and asked him to give him his belongings, reports the Los Angeles Times, before shooting at close range. According to the outlet, he was targeted for his jewelry.

The daily reports that a few minutes before the shooting, the rapper's girlfriend had posted a geotagged photo on the social network Instagram. The post was later deleted. Born in 1991 in Philadelphia, he died at the age of 30.

The one who made himself known with the title Selfish, had collaborated with stars like 50 Cent or Ed Sheeran.

Before his death in 2021, rapper Adolph Robert Thornton Jr. or Young Dolph escaped two shootings in 2017, in Charlotte and Los Angeles. The third was unfortunately fatal.

While in a cookie store on November 17, 2021 in Memphis, Tennessee, the 36-year-old rapper was shot at by a man who came up and shot him.

“At 12:24 p.m., Memphis police officers were called to the scene of a shooting” and “a male victim was located and pronounced dead at the scene,” local police said in a statement, before discover the identity of the victim.

The rapper rose to prominence with songs such as Major and his album Rich Slave released in 2020 which quickly rose to the top of the Billboard 200 music chart.

Rapper Drakeo the Ruler was stabbed backstage at a music festival in Los Angeles on December 19, 2021. Real name Darrell Caldwell, the 28-year-old artist was scheduled to perform at the Once Upon< concert /em> a Time in LA, featuring stars Snoop Dogg, Ice Cube and 50 Cent.

Live Nation, which helped organize the festival, has closed the event shortly after the incident was announced. “Out of respect for those involved and in coordination with local authorities, artists and organizers, it has been decided to no longer continue” the planned shows, said the promoter.

A rapper in a gang war? “Having powerful enemies is a blessing,” Nipsey Hussle, 33, tweeted disturbingly just hours before he was shot and killed on March 31, 2019.

Originally from a neighborhood of Los Angeles marked by violence, the artist was a former member of the Crips gang. Even after making himself known, he still walked around without bodyguards or special protection, and that is what some say cost him his life.

From the hip scene -hop underground, Nipsey Hussle began selling his own music compilations, including the most famous, Crenshaw, released in 2013.

Nipsey Hussle won two posthumous Grammys. He was also honored by Barack Obama, who paid tribute to him by saluting his commitment to his community: “He saw hope. He saw a community that, despite its flaws, taught him to carry on.”