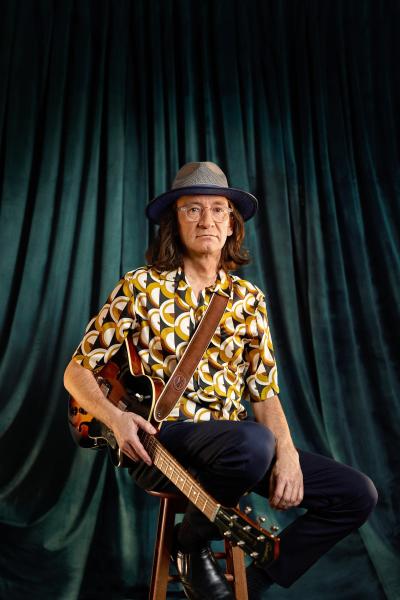 Roberto López arrived in Quebec in 1994, from his hometown of Bogota, Colombia, with a suitcase and two guitars under his arms. Living in Montreal since, the artist now 54 years old has just launched Ritual, his 6 and album. A dancing and joyful work composed just after the pandemic.

“It's an album that encompasses all my influences and my artistic research, explains Roberto López speaking of Ritual. I explore the guitar – which I see as an ally – as well as Cuban and Colombian rhythms, we find influences a little motown, very Latin guitar and a little jazz in certain melodies.”

“A lot of exploration”

Recorded and mixed by the artist in his home studio, this album explores the analog side that charms the DIY creator who accumulates nominations at various music galas for years (including the Junos and the Gémeaux gala). He also wanted to use the voice as an instrument to double the guitar, in addition to inserting drum sounds and various traditional Colombian and Cuban percussions.

“Part of my musical identity is connected to Colombia, he said. I add a lot of exploration to it. In this album, I'm proud of the way I worked the bass, because it's me who plays it, but with the synthesizer! I wanted to explore the electronic side and people can't believe that these are sounds coming from an analog synthesizer (laughs). »