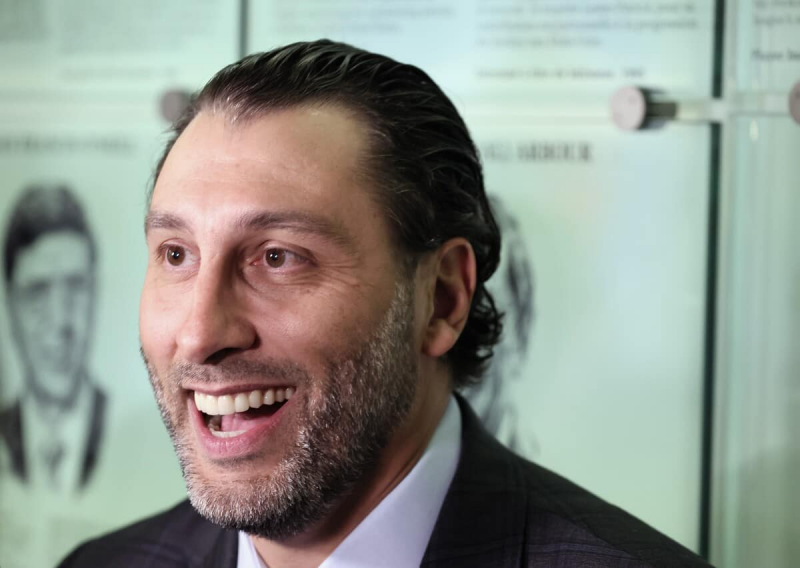 TORONTO | By entering the Hall of Fame, Roberto Luongo has just written another page of hockey history.

He is from the same neighborhood as another goalkeeper who has its place among the best in history: Martin Brodeur. Both made their debut on the rinks of the Saint-Léonard borough. Today, they each have an arena that bears their name.

“It’s quite incredible, underlined Roberto Luongo. I never thought that one day I would be in the Hall of Fame like him.

“Martin is one of the greatest goalies in hockey history. It's really interesting to be a part of that with him.”

Statistically, both are in the top 5 best goalkeepers in history in the categories of games played and wins. It's hard to think that we will ever see such a phenomenon again.

They also had the same agent at some point in their career: Gilles Lupien.

< p>“He was the first person who approached us at the St-Michel arena when I was playing in the midget AAA at Montreal-Bourassa. He was intimidating. We chose him among three or four agents. He was the one we were the most comfortable with.”

In addition, Luongo and Brodeur now work in the hockey world. Moreover, Brodeur has just been named vice-president of hockey operations for the New Jersey Devils.

For his part, Luongo is a special advisor to the general manager of the Florida Panthers, Bill Zito. The Quebecer would like to take the next step one day, but not right away.

“I would like to become general manager one day, he confirmed. At the moment, I am learning and there is a lot to learn. I do it to the best of my abilities and I have fun every day.

“I make sure I'm ready when that day comes.”

The his children's age is one of the factors he must consider in his post-career choices.

“They are currently in their teens. I want them to be older before I jump on this adventure.”