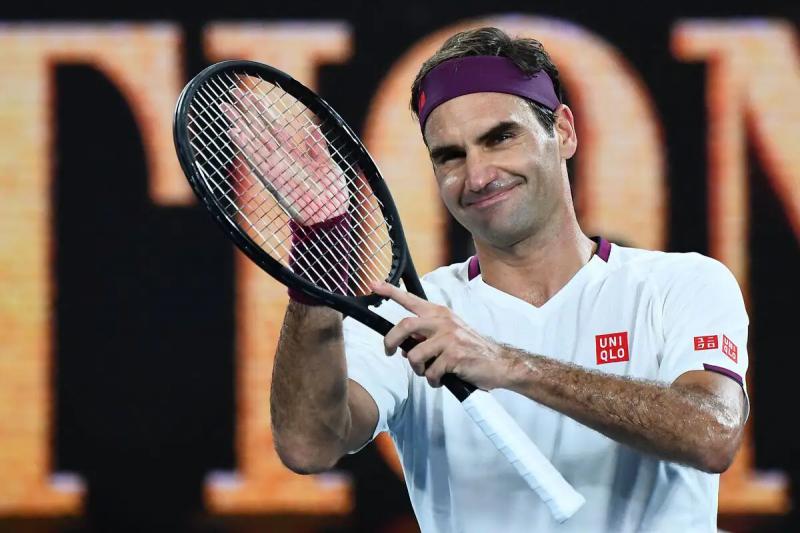 Adulated, Roger Federer, who announced his retirement on Thursday, wrote some of the most beautiful pages in the history of tennis, a sport that he marked forever with his twenty Grand Chelem, for his strokes of genius and his elegance.

Is he the greatest player of all time? In the number of major titles, two other champions have already surpassed him: Rafael Nadal, his greatest rival, who has 22, and Novak Djokovic, whose counter is at 21.

But in hearts , the Swiss will remain number one almost everywhere. At Wimbledon, his favorite playground where he won eight times, at Roland-Garros where the public was relieved to see him complete his collection of Grand Slams in 2009, and in all the tournaments where his admirers supported him unconditionally. , if necessary against their nationals.

Federer had all the attributes of the ideal champion, including above all a game like no other, aesthetic, offensive, exciting by the risks it involved and the shivers it sent down the spines of enamored spectators. .

The opposition of style with Nadal has made their rivalry a legend, coupled with a friendship that has never wavered. It was the Spaniard who came out with the most victories (24 to 16), especially on clay (14 to 2, including 4 Roland-Garros finals).

For the Spaniard, a great admirer of his rival's classicism, the word “perfect” sums up Federer's tennis: “He has a perfect serve, a volley perfect, a more than perfect forehand, a perfect backhand (one-handed); he is very fast, everything is perfect with him”.

For those who follow tennis from further afield, the Swiss is also a kind of ideal son-in-law: in love for more than twenty years with the same woman, Mirka Vavrinec, a former tennis player of Slovak origin whom he met at the Games from Sydney in 2000, caring father of four children (two twins and two twins), engaged in charitable work, particularly in South Africa, his mother's country of origin, friend of Tiger Woods and Pete Sampras is almost unanimous, even among those he martyred on the court. “I wish I could hate you, but you're too nice,” Roddick told her after a Wimbledon final.

The Swiss has always liked to “give the image of a good person”, including taking care of his communication during endless interview sessions granted without hesitation in the four languages ​​he masters (Swiss German, English, French , German).

His track record is huge. To the Grand Slam titles must be added six Masters, a Davis Cup and even an Olympic gold medal (in doubles with Stan Wawrinka), the singles gold remaining the only important trophy that he lacks. In total, he won 103 titles on the ATP Tour and spent 310 weeks at the No. from the sky. Certainly, the talent was detected early in this boy born in Basel in 1981. But this “rough diamond to polish”, according to his own expression, had to repress a dilettante side and a nasty tendency to swing his racket when things were not turning. not as he wanted.

This is why, unlike the Borg, Connors, Sampras or Nadal, he had to wait until his sixth year on the circuit to lift his first major trophy, on the grass of Wimbledon in 2003, at almost 23 years old.

That achievement in the tournament he most cherishes heralded the start of a feast of Grand Slam titles: eleven in four seasons from 2004 to 2007. The then competition, Lleyton Hewitt and Andy Roddick in the front row, is crushed.

Things will get tougher when Nadal and Djokovic mature, but Federer will continue to win and the legend will be enriched with epic matches, such as the two Wimbledon finals of 2007 (won) and 2008 (lost) against the Spaniard. On the decline (temporarily) from 2011, he signed a breathtaking return to the fore in 2017 and 2018 and added to his collection three new Grand Slam titles to take it to eight Wimbledons, six Australian Open, five US Open and a Roland-Garros.

Of a seemingly ordinary physique (1.85 m) but endowed in reality with exceptional qualities of speed and endurance, he had the advantage of being almost never injured until he was over 35 years old. He underwent the first operation of his life, on a knee, in 2016, after hurting himself… bathing his daughters.

Federer had an inexhaustible thirst for victories. No record could satiate his champion ego and the years did not alter his belief that he could always beat the best and win the finest trophies.

He approached longevity records – his last victory at the Australian Open had made him the second oldest winner of a Grand Slam tournament behind Ken Rosewall – when his recalcitrant knee put an end to his fabulous epic, 41 years later, as he noted “more than 1500 matches over more than 24 years”.

“I know the capacities and the limits of my body. And recently his message has been clear,” explained the Swiss.