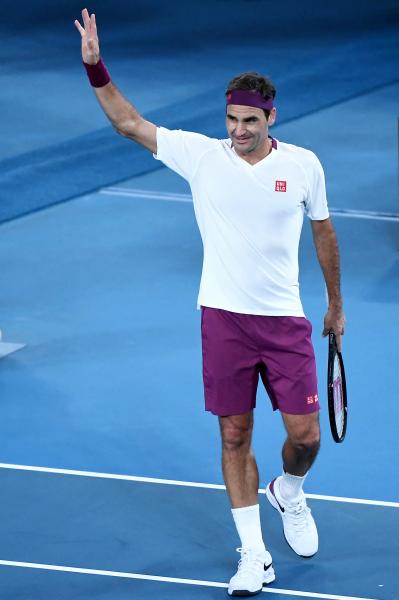 He has been called a racket artist, even a ballerina, his game was so sophisticated and precise. This constancy, the beauty of the movement, its irreproachable image, the tennis player Roger Federer made it a trademark for almost two decades.

The Swiss, 20 times titled at the Grand Slam tournaments, will hang up his racket in a few days.

While the debate remains unresolved as to whether he is the greatest player of all time, the advertisers have already made it their champion for a long time.

“It has all the assets to attract the big brands. The immense sporting talent, the sophistication, the surpassing of oneself, a perfect image… and the fact that he is Swiss! It all worked for him,” says Luc Dupont, professor in the University of Ottawa's communication department. >While some high-level athletes have experienced setbacks and blunders like Tiger Woods, Federer has managed to keep a flawless career, despite the pressure of the competition.

“He knew how to avoid pitfalls, blunders and gossip. He retained that classic image. And also, what I have loved all these years is the complicity and friendship with Rafael Nadal. In a competitive sport, to have maintained that is remarkable,” says Mr. Dupont.

Advertising icon, fashion icon. Very close to the popess of chic Anna Wintour, who moreover paid homage to him today in Vogue, Federer embodied a form of masculine perfection.

Recently, the Australian player and bad boy of tennis, Nick Kyrgios named the Swiss as the most chic on the circuit. This perfect image was also exploited in several campaigns, notably Rolex, which played on its all-Swiss precision.

In addition to the major international advertisers, Federer was well present in his country with several advertisements for the telecommunications company Sunrise and chocolate maker Lindt, often in humor mode.

He also exploited his love of cooking in a campaign with pasta maker Barilla, which once again relied on his precision and his youthful looks.

Still one of the richest athletes

It was at Wimbledon in 2021 that Roger Federer played his last match, more than a year ago. Despite everything, the Swiss was the highest paid tennis player in 2022 with income of $90.7 million, almost all of it in advertising contracts.

Far behind are her two rivals, Rafael Nadal ($31.4 million) and Novak Djokovic ($27.1 million) or even two headliners of women's tennis, Naomi Osaka ($56.2 million) and Serena Williams ($35.1 million), who has also just announced her retirement from sport.

In 2020, he was even the highest paid athlete in the world with more than 100 million $. In his career, Federer has received $130 million in sports earnings.

Even very close to retirement and very little present on the courts, the Swiss had kept a nice skewer of sponsors, from Rolex, to Mercedes-Benz via the Japanese brand Uniqlo which he had chosen after his divorce from Nike in 2018 .

Even more interestingly, under contracts, Federer will not be short of income in the next few years.

“He signed a huge deal with Uniqlo at 36, 30 million a year! And even if he retires, he will receive income until he is 46. For Rolex too, the money will continue to come in. He was smart in his strategy, ”says Mr. Dupont.

In addition to attracting the biggest advertisers, Federer has become a partner of the Swiss shoe manufacturer On Running where he is an investor, but also a designer , thus preparing for his post-career.

Although he has always kept a low profile on his wealth, Federer has nevertheless accumulated several properties during his career.

He lives with his wife Mirka and their four children in a luxurious property on the shores of Lake Zurich, a house built on three floors valued at $10.5 million. The couple also owns another penthouse in the south of the city. During the winter, Federer moves to his other property in Dubai, which allows him to train in extreme temperatures, sometimes up to 39 degrees.

The couple have also been seen while vacationing on luxury yachts, including that of French billionaire Bernard Arnault.