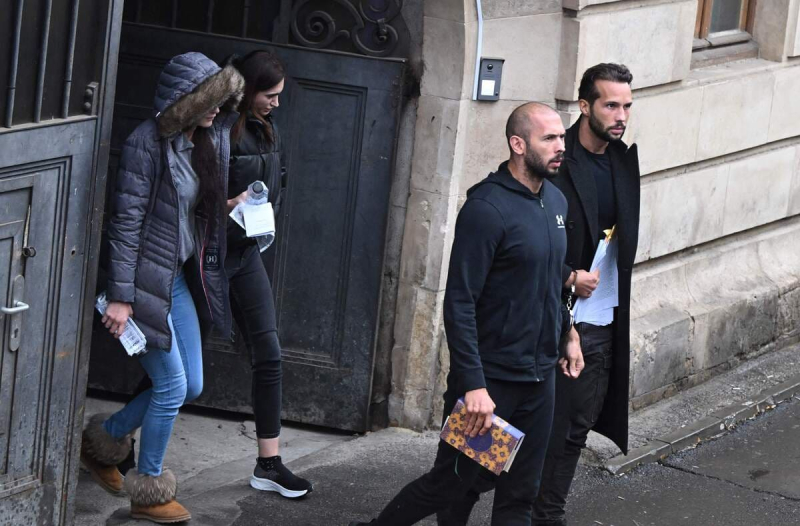 “Seven warrants have been issued against properties” in Bucharest and around the capital, according to a statement from the Prosecutor's Office for the Fight against Organized Crime (DIICOT).

Former kickboxer Andrew Tate and his brother Tristan, 36 and 34 respectively, are charged with “forming an organized criminal group, human trafficking and rape”, allegations they deny.&nbsp ;

Two of their relatives, of Romanian nationality, were also arrested on December 29, during a vast operation carried out after several months of investigation.

Numerous assets belonging to the Tates, in particular a collection of luxury cars, were seized on this occasion and placed under seal. According to judicial sources quoted by the Agerpres agency, the investigators have so far identified 15 luxury cars and 10 properties belonging to them.

The two brothers appeared on Tuesday before the Bucharest court for attempt to obtain their release but their request was rejected, the judges having invoked the “risk of absconding” and the “danger to public order”.

Their lawyer, Eugen Vidineac, promised to “bring out the truth”.

Six potential victims have been identified at this stage. Duped by the two men who feigned feelings for them, they would have been forced by violence into prostitution and the production of pornographic films, and for some kidnapped.

Andrew Tate, who owns a US passport, appeared on the television show Big Brother in 2016. He was eliminated from the competition after a video emerged showing him punching a woman.

Suspended from several social networks for misogynistic remarks, his Twitter account was recently restored. Followed by 4.5 million people, he stood out shortly before his arrest with a very lively and extensively commented exchange with the Swedish ecologist Greta Thunberg.

Shaved head, well-trimmed beard and bulging muscles, the 30-year-old claims to be a multimillionaire and coins his advice to men to help them get rich via “Hustler University”, a paid coaching website which claims more than 160,000 customers.