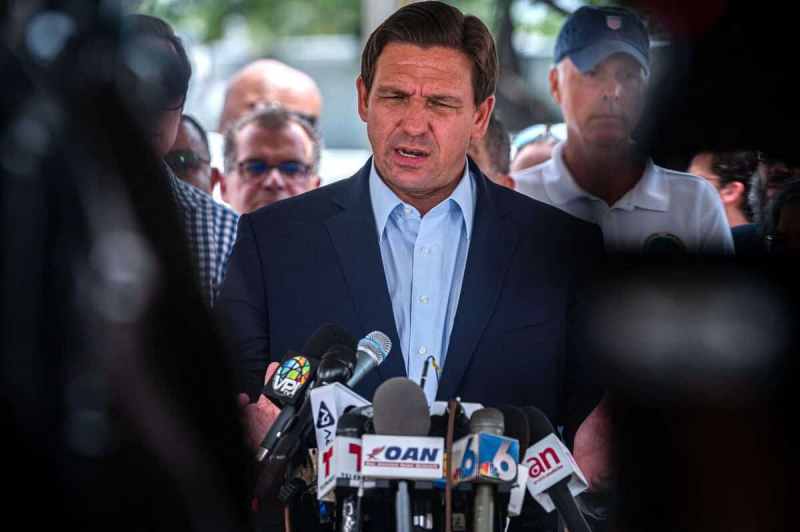 In the United States, nearly 20% of the American population is of Latin American origin, that is to say more than 60 million individuals. In Florida, the proportion even rises to 27% of the inhabitants of the State.

The Latino electorate is therefore extremely important to win the state and that is what Ron DeSantis managed to do this evening. Indeed, the outgoing governor was re-elected tonight and garnered over 58% of the vote at the time of writing.

DeSantis: "We have embraced freedom. We have maintained law and order. We have protected the rights of parents. We have respected our taxpayers, and we reject woke ideology…We will never ever surrender to the woke mob. Florida is where woke goes to die!"pic.twitter.com/O59Og21fpd

Ron DeSantis is even ahead in counties with the most diverse populations: Miami, the suburbs of Orlando where Disney World workers live, the Tampa area, etc. DeSantis rounds up major electoral districts in the state and where Latinos are a significant population.

"There is a very interesting point to observe, it's the number of votes recorded for him in #Miami", explains our correspondent @MatthieuMabin #ElectionDay pic.twitter.com/M2Pj6ujnzZ

It's a change of dynamic. Historically, these regions, whether in local elections, midterms, or even presidential elections, vote for Democratic or moderate Republican candidates.

6 years ago, Hilary Clinton won the Miami County by more than 30 points. This score is now impossible.

For Christophe Cloutier-Roy, postdoctoral researcher and interim director of the Observatory on the United States at the Raoul-Dandurand Chair, three factors must be considered when analyzing the strength of the Latino vote in favor of Ron DeSantis.

“First, you have to take the historical aspect. The Latino population in Florida is primarily from Cuba and Venezuela. They are overwhelmingly anti-Communists. They are also afraid of socialism. And Republican discourse is extremely effective at that,” he explains.

“Then you have to consider the social composition of the Latino electorate in Florida. . They are quite wealthy people. They want to have the best chance to create wealth and to have a chance to succeed in the United States. And for them, the Republicans offer the best answers,” he adds.

He adds : “The latter normally identifies with values ​​more to the right on the political scale because of the weight of religion, Catholicism and evangelicalism included.”

And this is something that worries the strategists democrats. Previously a bloc voting in favor of party candidates, this constituency is breaking away and, like other minority groups, is becoming increasingly attentive to conservative Republican sirens.

Madison, Mason, and Mamie joined us as we cast our votes for freedom. ⁰⁰Proud to be your Governor — Proud to Keep Florida Free! pic.twitter.com/zExvACeRX2

This makes Ron DeSantis a weapon of choice for Republicans if he runs in the party's future primary. .facing probably Donald Trump.