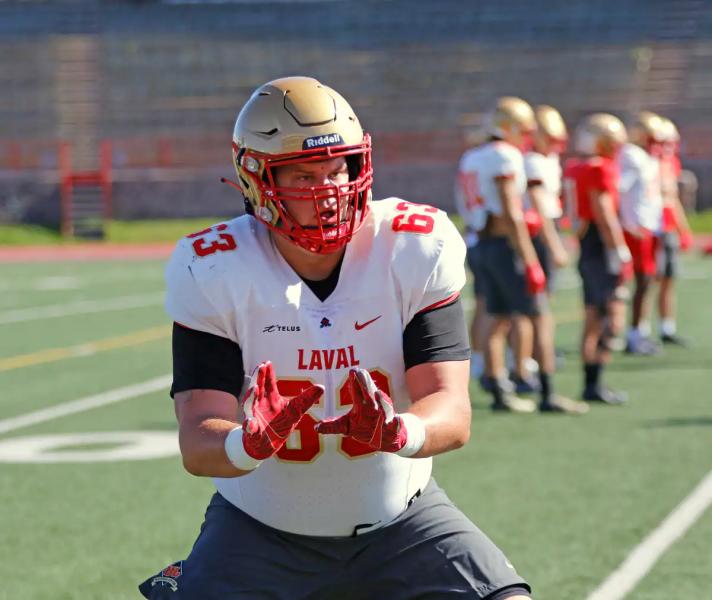 It is always difficult not to project yourself into the future, but this is the great mission that the Rouge et Or of Université Laval has given itself at the dawn of its 2022 season.< /strong>

As the training camps officially open in the Quebec Student Sports Network, it is also difficult not to imagine yourself already next November for a Cup final Dunsmore between the Quebec club and the Carabins of the University of Montreal (UdeM), as has been the case in the last eight campaigns.

“It's very difficult to do that, but the message from our coaches is to go one game at a time,” said Nicolas Guay on Saturday, after his team's first practice during camp.

“Year after year, there is more and more parity in our league, continued the offensive lineman. It’s not just Laval versus Montreal anymore. We have five good teams, all of which can aspire to major honours.”

You don't have to look far back to understand this new reality at the Rouge et Or. In 2021, head coach Glen Constantin's club suffered the first defeat in its history against the Vert & Gold from the University of Sherbrooke.

It was this defeat, as well as the three losses – counting the playoffs – against the 'UdeM, which serves as motivation in the ranks of the Rouge et Or.

“Last year we had a cohort of around 50 first year players due to the canceled season in 2020. What they were seeing was 45-0 against the other teams and a Cup final Dunsmore against the Carabins,” said Guay, adding that the role of veterans like him was to bring the young guns back on the right track.

“We have not had a season up to our standards. I think that woke everyone up and the mentality of taking it one day at a time is well entrenched this year.”

“When you don't win, everyone works harder for the off season.”

Guay, who will participate in his fifth university campaign in 2022, will once again play a central role on the offensive line, but also in the Rouge et Or locker room.

The student in civil engineering shared a fairly altruistic vision of what he considers to be good leadership.

“A good veteran is someone who will help young people. At Laval, that is our philosophy. We love that, competition, and it makes us better. But when the young people arrive, we don't leave them alone. We show them what to do, almost to the point of wanting them to succeed in stealing our position.”

For his part, Constantin praised the work of his experienced players in this area.

“We think more about collective victory than individual performance, and it's beautiful to see. Our veterans coach as much as we do. They want young people to reach the highest possible level quickly,” said the Rouge et Or driver.