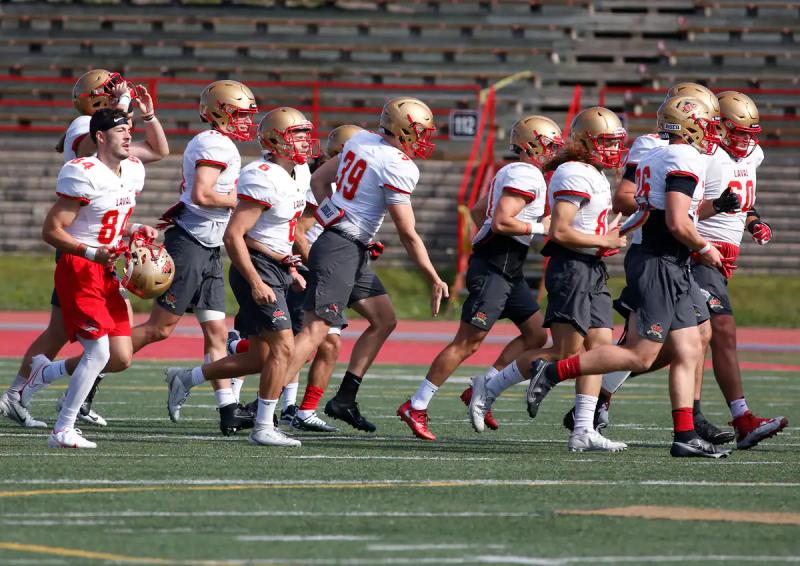 Among the new recruits of the Laval University Rouge et Or, Frédérik Antoine clearly stands out.

The wide receiver, however, has a much more impressive baggage than the other players living their first moments with head coach Glen Constantin's team.

Antoine has played his last three campaigns in the United United, with the Old Dominion University Monarchs. The 24-year-old athlete loves his experience with the Rouge et Or so far, but takes nothing for granted.

“It's going very well, but I always have to make small adjustments in this about the playbook,” he said on the phone.

“I want to be in the starting lineup [for the first match], but the decision is up to my coaches.”

Fast and physical, Antoine showed some very good flashes in training. It would be surprising if the Rouge et Or did without him when the Vert & Or de Sherbrooke will be in town this Saturday.

An opportunity to seize

It was after obtaining his bachelor's degree in “criminal justice” that Antoine decided to pack up and return to Quebec.

“I graduated in the United States. After graduating, I thought about the next step and I wanted to be closer to home and my family,” explained the man who will do a master's degree in administration at Laval University.

His return in the Belle Province will also allow him to have a little more visibility with the recruiters of the Canadian Football League. Antoine will be eligible for the next draft of the Ambrosie circuit and does not hide the fact that he would like to try his luck among the professionals.

“If I'm offered this opportunity, I'm sure I'll take it,” he said.

The former Nomad du Collège Montmorency left nothing to chance in its quest to find a place quickly among the starters of the Rouge et Or.

“I arrived in Quebec City in July and one of my early goals was to develop chemistry quickly with the quarterbacks, Antoine revealed. Since I've been here, it's been going really well and I would say the chemistry has settled in quickly.”

Even though he can't shout mission accomplished yet, the receiver and the quarterback Arnaud Desjardins – whom he only knew by name – have already created sparks in training.

Antoine concluded the interview by highlighting the generosity of his new teammates.

“It really is a family! Everyone supports each other and no one is afraid to help someone else. Even though the guys are competing against each other, they are constantly helping each other progress.”