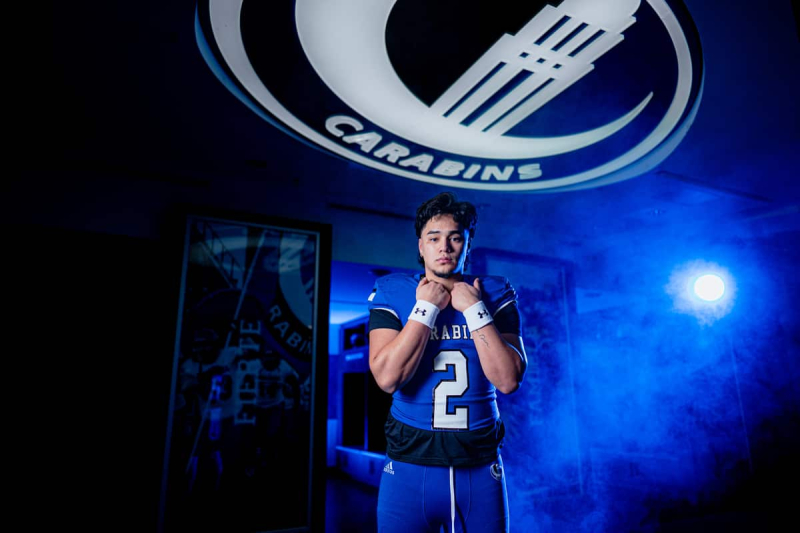 The new Laval University Rouge et Or quarterback Victor Charland has learned an essential lesson in the last few weeks: the importance of taking your time before making a choice.

At the beginning of the week, the formation of the Old Capital announced the recruitment of the pivot of the Nomades de Montmorency. This surprised many, considering that the young man had previously indicated that he was going to join the Carabins of the University of Montreal.

Charland even participated in the recruitment show that the Blues published on their YouTube account last December. Doubts about his future however materialized at the start of the new year.

“The Rouge et Or had been trying to sign me since the Bol d'Or 2021. This is the first team I have visited. I really feel like my heart has always been in Laval,” explained Charland.

“It happened quickly with the University of Montreal. I really liked the “pitch” they gave me. I then felt like a lot of stress, because I wanted to make my decision before the [Holiday] break.”

“In the end, I should have listened to my parents and taken more of my time before making a decision. I want to say that choosing the Carabins was a good decision, but just not the right one for me.

An opportunity to seize

With the Rouge et Or, Charland will find himself in a fairly small group of quarterbacks. Indeed, it seems that they will only be three. Arnaud Desjardins and Thomas Bolduc will be back, while Xavier Tremblay has decided to leave the team.

The newcomer did not hide that the departure of the man who acted as third pivot in 2022 had an impact on his decision to join Université Laval.

“I would be lying if I said no. It wasn't the main factor in my decision, but it helped.”

Charland learned that Tremblay would not be returning to the Rouge et Or via wide receiver Olivier Cool. The two men were teammates with the Nomades and will continue to be during their university career.

Charland should therefore be in competition with Bolduc for the role of second to Desjardins this year.

At the Carabins, we don't blame the 19-year-old athlete for having changed his mind.

“These are things that happen. Victor decided that another place was the place for him and I wish him the best of luck on his journey,” expressed head coach Marco Iadeluca.

“What we want, this are young people who want to play and study at the University of Montreal. He's a young man who did what he believed was best for him.”

The Carabins will also have five quarterbacks in 2023, who will welcome Ettore Casati to the their training. He played for the Gryphons of Guelph, Ontario, in recent years.