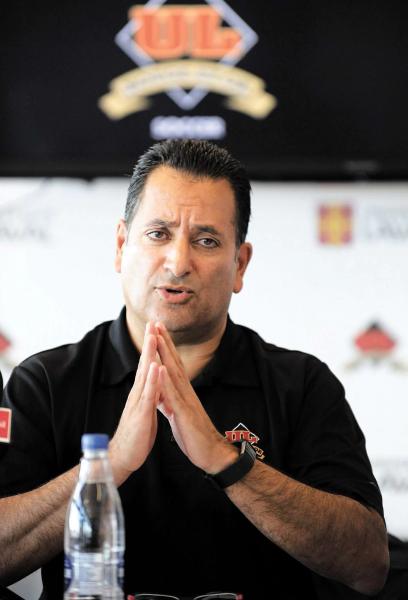 After approaching top honors at the Canadian championship a year ago, the two Rouge et Or soccer teams began their season on Wednesday evening with the idea of ​​doing everything possible to get the title this fall. The march got off to a good start.

Visiting Sherbrooke for the inaugural match against the Vert et Or, the two Laval clubs showed their seriousness. The ladies won 2-1, while the men completed the double with a 6-0 win, thanks in part to three goals from Jérémy Ménard.

For the women's team, a presence at the Canadian championship (U Sports) is already assured since it will act as the host team for the event, at the Telus stadium, from November 10 to 13. Last year, the Rouge et Or finished their run with bronze. lightly.

“Last season went well and we finished strong at the Canadian championships. We want to continue on this momentum.

“Management is lighter than if we had the pressure of absolutely having to win to participate in the Canadians, but in the end, we will want to be champions at the provincial all the same. We will have a better fate at the Canadian championship. It's in the girls' DNA to keep working constantly to improve and perform,” commented the pilot.

Despite the departure of experienced players, the Rouge et Or can count on the return of their three best scorers, including Joëlle Mercier, who scored one of her two goals as a curtain raiser, the other being work of Catherine Fortier.

“I foresee a really good season,” said the forward. We have a great chemistry. We have lost a few veterans, but we are keeping a good core of players who have experience in a Canadian championship. It can just go well and we hope to end up with the gold medal around our necks.”

On the men's side, coach Samir Ghrib wants the experience gained last season to serve the team's cause. His troops have suffered only two defeats in their entire campaign, including one that hurt in the quarter-finals of the national championship. The Rouge et Or had finished in fifth place.

“Twenty-two players are back to form an excellent group. I have eight or nine graduates and from experience, the desire is strong to finish on a high note,” noted Ghrib.

“The goal has always been to win the Canadian championship. I especially have to remind the guys that what they achieved last year is because they worked very hard. It's the most difficult thing in sport, everything has to be redone,” he added.

His captain, midfielder Jean-Philippe Lévesque, rightly believes that the appetite voracious graduates will serve their cause.

“What we feel is not so much urgency as hunger to win. We would feel more urgency if we had not gone to the Canadian championship, but we experienced it. What drives us is the desire to do something that will stick, to win,” he said.

Both teams will begin their home season on Friday at Telus Stadium. , against sworn enemies, the Carabins (6 p.m. and 8:15 p.m.).

On the men's side, the U Sports championship will be played this season in Kamloops, British Columbia.