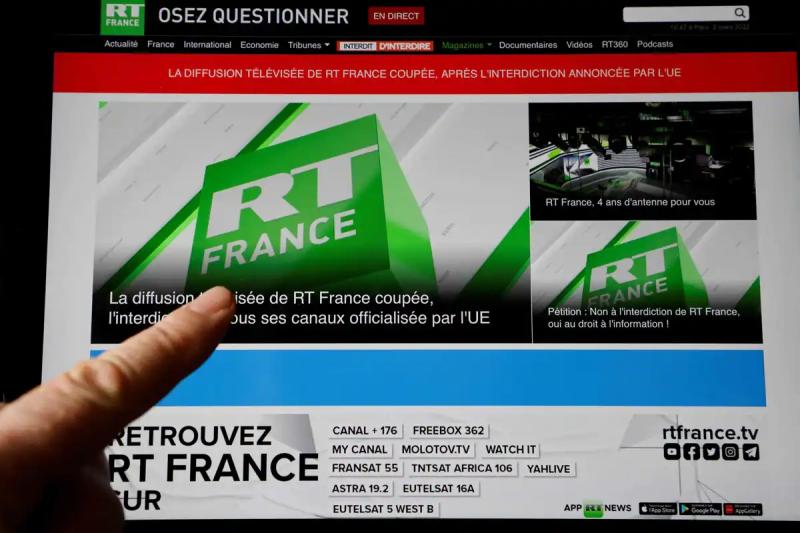 European justice rejected on Wednesday the request of the news channel RT France (ex-Russia Today) to cancel the suspension of its broadcasting decided within the framework of the EU sanctions against Moscow, who immediately vowed to retaliate against Western media.

“We will take similar pressure measures aimed at Western media working at home in the country”, reacted to the press the spokesman of the Kremlin, Dmitry Peskov. “We are also not going to let them work in our country,” he added.

Accused of being instruments of “disinformation” by the Kremlin, the media Sputnik and RT (including its French-language version RT France) were banned from broadcasting in the EU from March 2, on television and on the internet, following to an agreement of the Twenty-Seven shortly after the start of the war.

The French situation is particular because, since the suspension of RT in Germany at the end of 2021, France was the only Member State of the EU to host an RT subsidiary on its soil.

In its judgment on Wednesday, the court found that “the limitations on freedom of expression of RT France (…) are proportionate, in that that they are appropriate and necessary for the purposes pursued”, namely to prevent “propaganda” in favor of “the military aggression of Ukraine by the Russian Federation” during “programmes broadcast on television and on the Internet by a media entirely financed by the Russian state”.

These measures, “as long as they are temporary and reversible, e do not disproportionately affect the essential content of RT France's freedom of enterprise”.