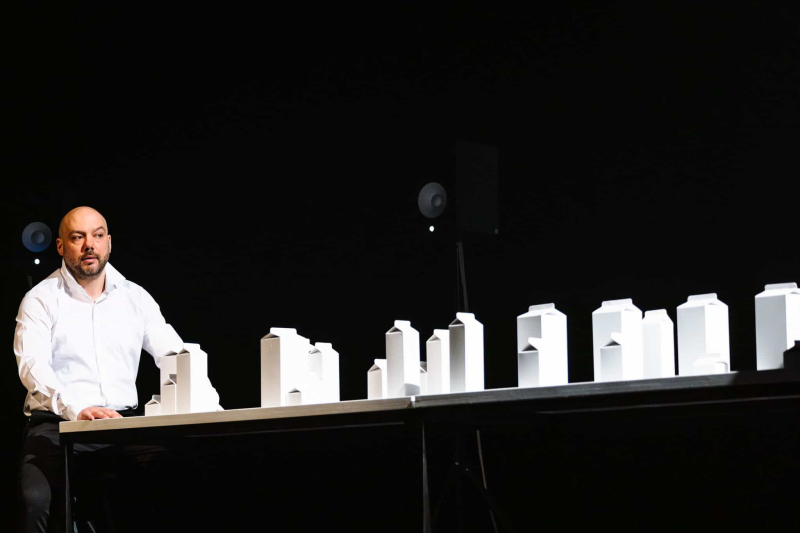 The documentary theater play Run de Lait, by Justin Laramée, presented at the Trident, won the prize for Best show of the 2021-2022 season awarded by the Quebec section of the Association québécoise des critiques de theater (AQCT).

On view until December 21 at La Licorne in Montreal, Run de lait is the journey of Justin Laramée, who wanted to know why half of the dairy farms in Quebec have ceased operations in the past 20 years.

On the boards, he recounts his five-year process and the sleepless nights that led to the creation of this work.< /p>

Marie-Ginette Guay won the title of Best Actress for her role as mother in the play Disgrâce presented last spring at Premier Acte.

She plays the role of a mother who agrees to take into her home, for the duration of the legal proceedings, her son, a star radio host accused of sexual assault.

Denis Bernard has won the Best Actor award for the role of Howard Beale in the play Salle de nouvelles, presented in November 2021 at the Trident.

The actor takes on the role of newsreader – Network Howard Beale in an adaptation of Paddy Chayefsky's film.

Robert Lepage scooped the award for Best Direction for his show Courville.

A special mention was awarded to Théâtre La Bordée for its 5 to 7 initiative.