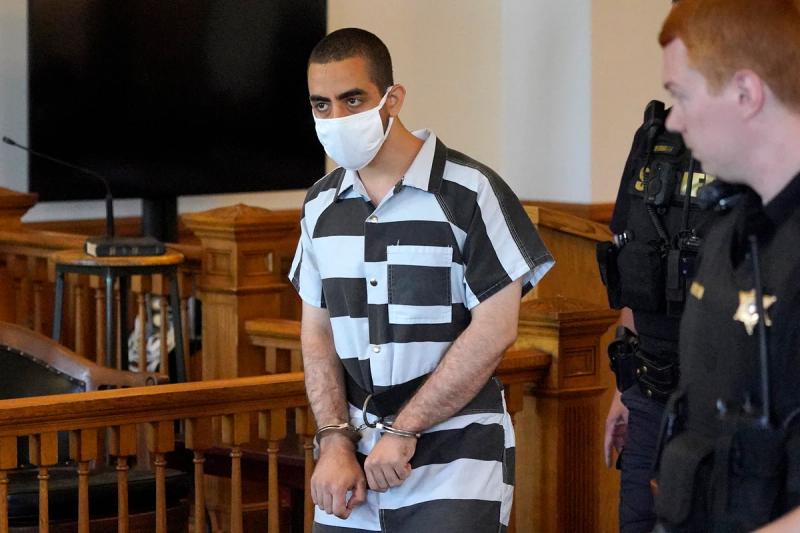 The alleged attacker of writer Salman Rushdie had returned “changed” and more religious from a 2018 trip to Lebanon, his family's country of origin, his mother told the website. Daily Mail.

Hadi Matar, a 24-year-old American charged with “attempted murder and assault” for stabbing the author of “Satanic Verses” on Friday in eastern New York, lived with his mother in Fairview, New Jersey ) on the opposite bank of the Hudson River from Manhattan.

Silvana Fardos, who has lived in the United States for 26 years, told the site that her son traveled to Lebanon in 2018 to visit to his father. The parents, both Shia Lebanese, had divorced in 2004.

“I expected him to come back motivated to finish school, graduate and get a job. But instead, he locked himself in (his room) in the basement. He had changed a lot, he didn't say anything to me or his sisters for months,” she said.

“He once argued with me and asked me why I had encouraged him to study rather than focus on religion,” added the 46-year-old educational assistant, also an interpreter. English Arabic in a high school.

Saying herself “sorry for Mr. Rushdie”, of whom she knew nothing before this attack, she assured not to deal with politics, denied knowing anyone in Iran and ruled that her son was “responsible for his actions”.

The federal police (FBI) searched the latter's home and seized knives, a computer and books, in particular, according to her .

Stabbed ten times in the neck and abdomen, Salman Rushdie, 75, has seen his health improve, according to his relatives.

Iran, after three days of silence, on Monday “categorically” denied any involvement in the attack and blamed the perpetrator, 33 years after Ayatollah Khomeini's fatwa sentencing him to death. p >

Salman Rushdie had set part of the Muslim world ablaze with the publication in 1988 of the “Satanic Verses”, a novel judged by the most rigorous as blasphemous against the Koran and the Prophet Muhammad.