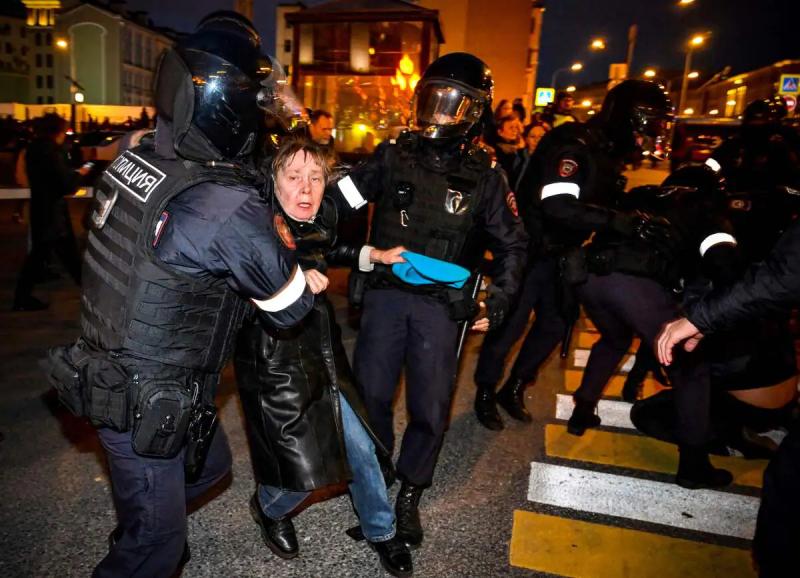 A hundred people were arrested on Sunday in Dagestan during a demonstration against military mobilization, in this Russian region of the Caucasus which has already paid a heavy price since the start of the offensive in Ukraine.

According to the NGO OVD-Info, which specializes in monitoring opposition actions, at least 101 people were arrested by the police in Makhachkala, the capital of Dagestan, in the south-west of Russia.

Russian media released videos showing women arguing with police during the protest. “Why are you taking our children?” one of them asks.

Other videos showed protesters being brutally stopped by the police.

Multi-ethnic region with a Muslim majority, the republic of Dagestan is one of the poorest territories in Russia. It was bloodied in the 2000s by a war between Russian forces and jihadist guerrillas.

Since the beginning of the Russian offensive against Kyiv, it is also one of the Russian regions with the highest proportion of men killed in action in Ukraine, according to death notices published on social networks and collected by independent Russian media.

To appease the population, the military commissar of Dagestan, Daitbeg Moustafayev, assured this weekend that only men holding “a military specialization” will be mobilized in priority, and that no conscript will not be sent to Ukraine.

Protests have erupted in Russia against the partial mobilization ordered on September 21 by President Vladimir Putin.

According to OVD-Info, more than 2,300 people have been arrested since this announcement during actions against military mobilization. Significant departures of Russians to border countries have also been reported.

Critics accuse the Kremlin of wanting to mobilize men living in poor and remote regions as a priority.