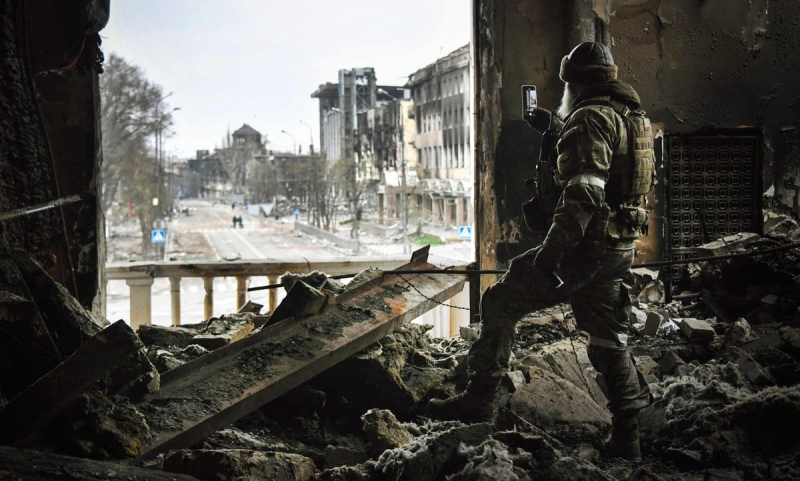 Russian authorities announced on Wednesday that they shot dead a soldier who had deserted a military base, several media reporting that he had left his unit deployed in the framework of the offensive in Ukraine.&nbsp ;

“Dmitry Perov, wanted for having voluntarily left a military unit without permission, has been found and eliminated,” the government of the Lipetsk region in western Russia said in a statement. communicated on Telegram.

This source did not specify where the man was killed and under what circumstances.

The local branch of state media VGTRK reported that the 31-year-old soldier had deserted the “special military operation area in Ukraine” and that he was wanted in both the Voronezh and Lipetsk regions.

According to this media, citing unnamed sources, the man could have being armed with a submachine gun, grenades and was trying to get to his home village in the Lipetsk region.

In recent months, several cases of desertion of Russian soldiers fighting in Ukraine have been reported.

On Wednesday, the newspaper “Kommersant” reported that a criminal case had been opened against eight soldiers accused of leaving in December, with their weapons, a base in the Ukrainian region of Lugansk and traveling by taxi to Russia.

In early December, Russian law enforcement also arrested a fugitive accused of having shot and wounded a policeman and suspected, according to the media, of being a deserter from the paramilitary group Wagner.

After the launch of the offensive in Ukraine, Russian President Vladimir Putin signed amendments providing for up to 10 years in prison for soldiers who desert or refuse to fight.

Faced with major setbacks on the Ukrainian front, President Vladimir Putin in September ordered the mobilization of 300 000 reservists to fight in Ukraine, pushing tens of thousands rs of Russians to leave the country to avoid being conscripted.