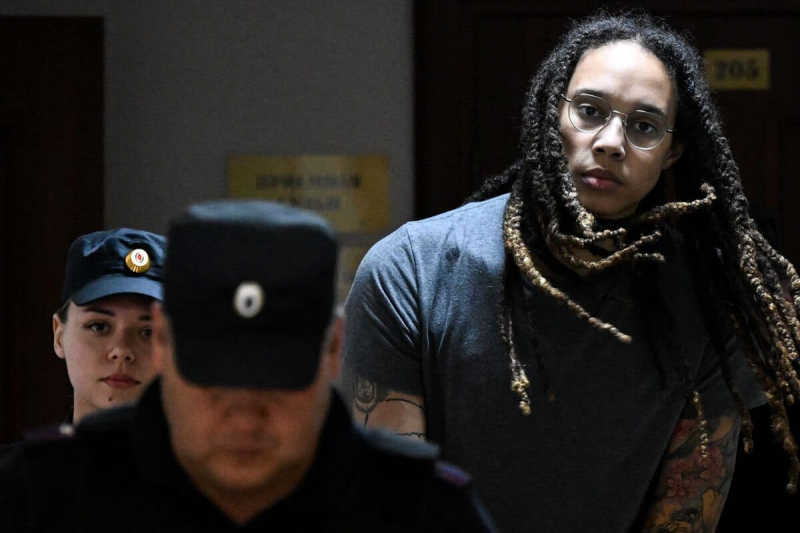 American basketball champion Brittney Griner, sentenced in Russia to nine years in prison, is being transferred to an unidentified penal colony, her lawyers said on Wednesday, an incommunicado journey that may take place. forever.

The 32-year-old sportswoman was convicted in August of “drug trafficking”. His supporters denounce an unfounded and political decision, in the midst of the conflict in Ukraine, with a view to a possible exchange of prisoners between Moscow and Washington.

In a statement, her lawyers said she left her pre-trial detention center near Moscow on November 4 and was now “on her way to a penal colony”.

In Russia, this type of transfer, often to isolated sites, can take several days, sometimes even weeks.

Generally, prisoners travel in special trains across the huge Russian territory, with stops in different prisons, without the possibility of communicating.

Relatives of detainees are most often not informed of the place of detention until they have arrived at their final destination. This is also the case of Mrs. Griner's lawyers who have “no information on her exact whereabouts”.

US President Joe Biden demands that Moscow “improve the treatment and the conditions that she may be forced to undergo” in this colony, reacted the spokeswoman for the White House, Karine Jean-Pierre.

“Every minute Brittney Griner has to endure unjustified detention in Russia is a minute too long,” she added.

Brittney Griner was arrested in February at a Moscow airport in possession of a vape containing cannabis-based liquid.

She had admitted the facts but claimed to have brought the substance inadvertently, while she uses it legally in the United States as a painkiller. The Russian court showed her no leniency, sentencing the sportswoman to nine years in prison in August for “drug trafficking”.

The women's basketball star was going to Russia to play there for the American offseason, a common practice for women's basketball players in the North American Women's Basketball League (WNBA), who often earn a better living abroad than in the United States.

During the trial , his team from the Russian city of Ekaterinburg had pleaded for the player. Without success.

And on October 25, his appeal was rejected, paving the way for his transfer to a penal colony.

The case of this woman took on geopolitical significance in the context of the crisis between Moscow and Washington linked to the offensive in Ukraine. Other American citizens are incarcerated in Russia and the United States also wants to secure their release.

Washington has repeatedly said it has made a “significant offer” to Russia for the release of the athlete, and another American detainee, former serviceman Paul Whelan.

The family of Mr. Whelan regularly denounces his conditions of detention in a colony in the Russian region of Mordovia. She claims that he is deliberately deprived of sleep and cannot receive the medical care he needs.

Cases of torture and mass rape in Russian penal colonies, inherited from the Soviet concentration camp system, are regularly reported.

“If the Kremlin decides not to torture (Griner) and gives her VIP conditions, then she will have the right to have a separate diet, to play sports, to keep in shape,” he told AFP. Vladimir Ossetchkine, head of the NGO Gulagu.net, which specializes in defending the rights of detainees in Russia.

“But if the prison administration receives the order to put it under pressure, his life and his health will be in danger,” he continued.

Russians and Americans have agreed in the past on several prisoner exchanges. The last dates back to April, when an ex-US Marine Trevor Reed, sentenced to nine years in prison in Russia for violence, was exchanged for Konstantin Yaroshenko, a Russian pilot imprisoned for trafficking cocaine.