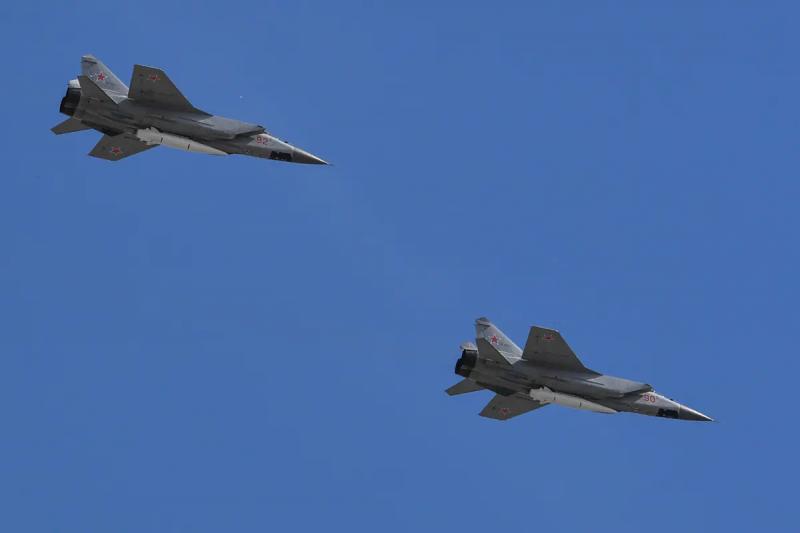 MOSCOW | Russia announced on Thursday that it had deployed planes equipped with state-of-the-art hypersonic missiles to Kaliningrad on Thursday, amid heightened tensions around this Russian enclave surrounded by NATO countries, in the midst of the conflict in Ukraine. < /p>

“As part of the implementation of strategic additional deterrence measures, three MiG-31s ​​with hypersonic Kinjal missiles have been redeployed to the Chkalovsk airfield in the Kaliningrad region,” the Russian Defense Ministry said in a statement. a statement.

The three aircraft will form a combat unit “operational 24 hours a day”, he added.

The “Kinjal” (“dagger” in Russian) hypersonic ballistic missiles and the “Zircon” cruise missiles belong to a family of new weapons developed by Russia and which its President, Vladimir Putin, describes as “invincible”, because they are supposed to be able to evade enemy defense systems.

Russia has several times announced that it has used hypersonic missiles in real conditions as part of the large-scale offensive it has been leading since February in Ukraine.

The deployment of these missiles in Kaliningrad, an already highly militarized territory, comes against the backdrop of a showdown between the European Union and Moscow in recent weeks on this enclave located on the Baltic.

In application of the EU sanctions decided in response to the Russian attack against Ukraine, Lithuania stopped in June allowing the transit through its territory of certain goods in the direction of Kaliningrad.

After protests and threats from Moscow, the EU ended up asking Vilnius to authorize the transit by rail of Russian goods, excluding military equipment.

C Located between Poland and Lithuania, the territory of Kaliningrad is largely supplied by rail from mainland Russia.