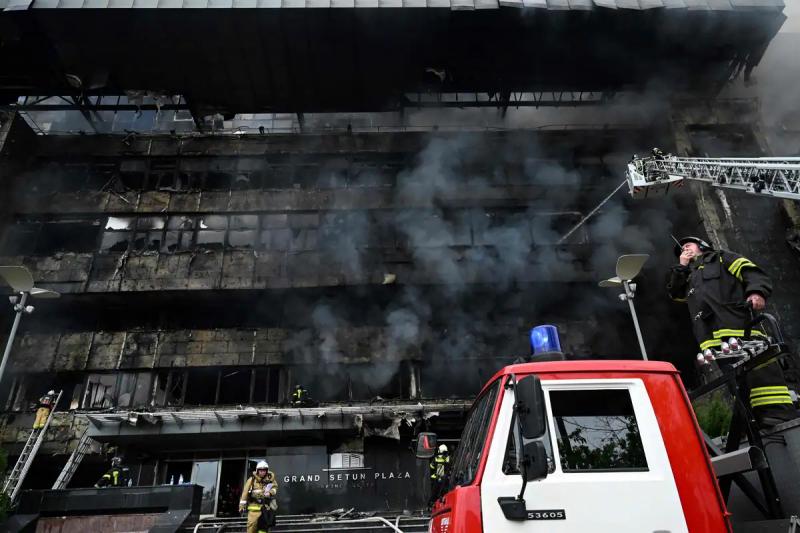 A fire in a building in southeastern Moscow killed at least eight people overnight from Thursday to Friday, Russian authorities announced, adding that the fire started in a hostel .

“According to preliminary information, eight people died and four others were hospitalized,” the Investigative Committee, responsible for the main criminal cases, said in a statement.< /p>

In a separate statement, the emergency services said the fire had affected the ground floor of a 15-storey building, which was quickly brought under control shortly before 1 a.m. and led to the evacuation of more than 200 people.

“Bars on the windows prevented people from escaping, this is the main reason for the deaths,” said Andrei Roumiantsev, the chief of the Moscow emergency services, quoted by the state agency TASS.

He said that the fire alarm at the inn e had not worked and that violations of safety rules had been reported during inspection visits to the establishment in 2019 and last June.

An investigation for “non-compliance with security requirements” was opened, said the Investigation Committee.

Russia is regularly hit by fires or deadly gas leaks linked to dilapidated infrastructure or negligence.