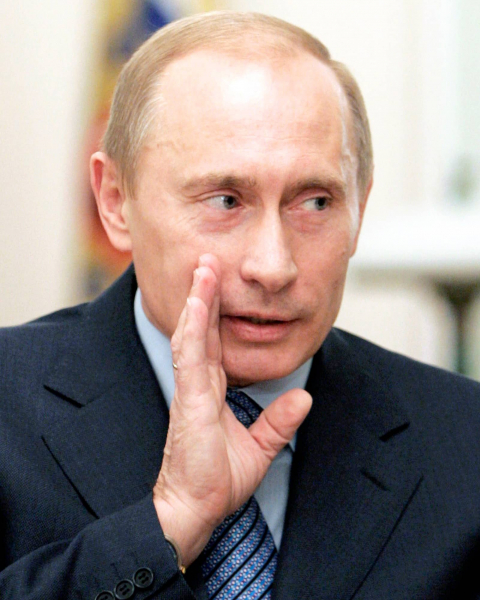 In Ukraine, Russia's defeat has many faces. Vladimir Putin still dreams of conquering all of Ukraine. However, it seems increasingly doubtful that he will succeed. This is the first face of defeat.

Putin also wants to conquer the whole of Donbass. But British intelligence doubts he is even capable of fulfilling this purpose. This is the second face of defeat. Finally, Putin could lose all the territory Russia has won in Ukraine, including Crimea. The military defeat would then be total. It is hard to see how Putin could survive there. The entire dictatorial apparatus put in place by Putin would be threatened with collapse.

1. Why is a Russian defeat becoming more likely?

Russia's defeat scenarios seemed so improbable at the start of the war that no one mentioned them. They became more and more plausible. Ukrainian strikes against Russian ammunition depots, far behind the combat lines, particularly in Crimea, paralyze part of the Russian army. The Russian Black Sea Fleet, which had become very vulnerable to Ukrainian strikes due to howitzers delivered by Ukraine's allies, would be neutralized. The Ukrainian Ministry of Defense claims that the Russian army has lost about a third of its combat potential. Even if this kind of information must be received with caution, the fact remains that the Russian gains are mediocre compared to the forces engaged on the ground. Conversely, the Ukrainians could take over several territories in the north and south of the country as early as the fall.

2. Where is Russia on the diplomatic scene?

Russia is increasingly isolated diplomatically. China did not come to its rescue, as Moscow hinted it would. Ukraine manages to export some of its grain, although this lowers the prices of Russian grain exports. It was that the Russians were being blamed for food shortages and skyrocketing food prices.

3. What about the negotiations on the Zaporizhia nuclear power plant?

The negotiations on the demilitarization of the area around the Zaporizhia nuclear power plant follow the same logic. The Russians should not station weapons near the plant. They are perceived as the first responsible for a possible serious nuclear accident. Again, the Russians are on the defensive.

The only area where Vladimir Putin can boast of having made gains is in the economy. Economic sanctions have allowed Russia to become more self-sufficient in many areas. Extraordinary hydrocarbon prices more than compensated for lost sales to Europe. But in the longer term, the Russian economy risks suffering from its growing isolation.

5. What are Putin's last hopes for winning the war?

Putin hasn't quite lost the war yet because a few cards have yet to be turned over. A victory for Donald Trump or one of his puppets in the presidency could change the situation. Although the mystery of the murky relationship between him and Putin may be beginning to unravel. Europeans must get through the winter and show that they are capable of remaining relatively united despite the hardships. Finally, China should not engage firmly with Russia.